Commissioner of INDECOM STATEMENT TO PAAC 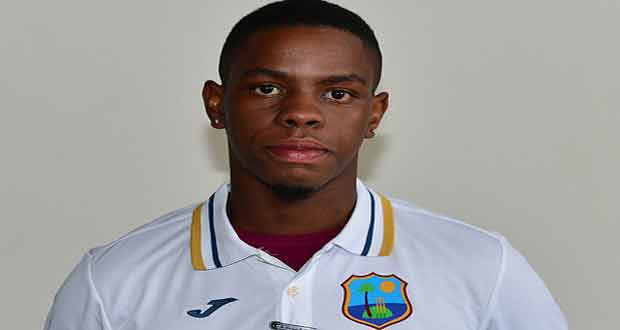 Thursday 3rd November, 2016 – Castries, St. Lucia: Digicel, in partnership with the WICB, has announced that plans are in high gear for the start of the Digicel 4-Day Regional Cricket tournament on 11th November 2016, in which the Guyana Jaguars, led by Shimron Hetmyer, will defend their title. And for the first time in the Caribbean, the tournament will feature the pink ball – known for its versatility in day/night matches and fitting for the opener under the lights at the Queen’s Park Oval in Trinidad and Tobago.

The first round of the tournament includes three games which will be bowl off in Guyana, Trinidad and Tobago and St. Kitts and Nevis from 11th November to 14th November. After which, the tournament will continue through the other islands including Barbados, Jamaica, Digicel markets in the Leeward Islands (Antigua & Barbuda, Anguilla and Montserrat) and Digicel markets in the Windward Islands (Dominica, Grenada, St. Lucia and St. Vincent & Grenadines).

President of the WICB, Dave Cameron, said; “The PCL is about to go in its third season and we have seen evidence of performances from the previous seasons that we are proud of. The recent “A” Team tour of Sri Lanka is evidence that the league has tremendous value. We expect a fierce competition. The calendar is fairly full for this year (up to September 2017) and we are sure players will position themselves to be selected for our top teams for upcoming international tours.”
As the tournament makes its way across the region, Digicel is also pulling out all the stops to heighten fan engagement – ranging from ticket giveaways to bring fans closer to the games to live broadcasts of the matches on SportsMax and daily updates on its social media pages.

Digicel Group Director of Marketing, Peter Lloyd, said; “Coming off a successful CPL staging, this is another way of keeping cricket buzzing in the Caribbean and a great platform for young cricketers to show off their talent. We’re very excited about another opportunity to engage our customers and cricket fans with great content throughout the tournament.”
Commentary

It is from these Regional competitions that we unearth talents for future Regional teams … so Digicel is investing in our future by spending today on sporting promotions.

We support your move and will continue to play our part.

All the success to the Regional cricket competition.