This Treasured Caribbean Island is Ready to Welcome Travellers This Winter

Controversy surrounding a reported five ($5) million Jamaican dollars staff retreat recently held by the PM lead Heart Trust organization, has lead to a change in leadership.  The Opposition through PNP spokesman MP Julian Robinson, had called on chairman Edward Gabbidon who heads a company called Sycon and also does business with Heart Trust to step aside.  Gabbidon’s continued chairmanship of the Trust,  was seen as a conflict of interest.  Going forward we will use the word “Trust” to refer to the entity. 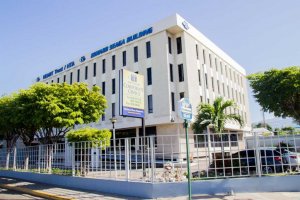 Sycon is a technology company that provides training and advice to private sector entities and included in its list of clients is the Trust.

This is a 27 year old company that has served across administrations for the past 10 years. The Trust in particular.

Gabbidon said in his resignation letter sent to the Office of the Prime Minister dated December 13, 2021.

There was a merger of the Trust with the Apprenticeship Board and the Lifelong Learning Institution aka (Literacy Board).  Heart would become one of the largest public sector institutions as a result of the merger.  Taxpayer funds have been deducted from paycheck to fund the Trust. This is a compulsory deduction.  The Trust is a potentially cash rich organization.

Reports are that senior executives of the Trust also gave themselves salary increases and it had to be made retroactive due to the fact that these increases were not approved by the powers at be. It appeared to have been a very untidy affair.  This is putting it mildly, to say the least.

Tyrone Reid, an investigative journalist, who seems to be more often than not to be usually supportive of this government.  Reid said inter alia, today Monday, December 20, 2021 on Nationwide Network (NNN’s) evening show:

“It was a subdued PM Andrew Holness who answered questions in the House recently.  He had very little to defend.”

For example the Trust owns a hotel in Runaway, St. Ann which it uses to train, trainees pursuing their Hospitality programme. These Student trainees get hands on experience at their St. Ann Hotel.  Why didn’t the Heart Trust use their own facility?  Some four (4) million dollars were paid out for meals and accommodation.  This is an up-to-date facility.  The undersigned has been there and can confirm this assessment.

When the controversy regarding the Trust chairman’s conflict of interest entered the public sphere … it was widely felt that the chairman Gabbidon had to go.  The position of the now former chairman Gabbidon became untentenable. He saw the need to go. He seems to have felt the same way and resigned.  We are proud of his decision. Any doubt about the quality or integrity of the chairman is not acceptable.

When you do business with government to be occupying a key position in the same entity is always going to cause a bad image. Stay clear of any perception of conflict of interest.

Hopeton O’Connor-Dennie is a poet, elegist, author is senior international journalist who writes for Vision Newspaper.