Increase of sex abuse in Jamaica 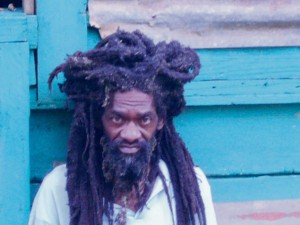 There is a common misconception that the history of dreadlocks only traces back as far the emergence of Rastafarianism in Jamaica during the 1930’s, where there was initially a bad stigma attached to this natural hairstyle. According to general opinion back then, wearing your hair matted and long was a mark of disgrace and so, Rastafarians were perceived as “nasty”, “unkempt” and “natty”. Fast forward over 80 years and dreadlocks are rapidly becoming trendy amongst all Caribbeans. What’s more, when we explore the history of dreadlocks over the course of world history, we can see that they have always been closely associated with spiritual practices.

Africa In some African societies people with tangled hair are regarded as wizards or witches; agents of the netherworld. Among the Igbo tribe in Nigeria those with dreadlocks are viewed as spiritual practitioners (shamans); oral history recounts cases of chosen ones being born with a full head of hair.

India India’s spiritual leaders (Sadhus) of the Hindu faith have been locking their hair for centuries – they call this ‘Jatta’. These locks announce that the wearer adheres to strict spiritual and sexual practices, including poverty and celibacy as outlined over 2000 years ago in the religion’s theoretical texts – the ‘Naradaparivrajaka Upanishad’.This text also indicates that matted locks are symbolic of a covenant between the Sadhus and Shiva, the god of destruction and re-generation.

Japan In Japan, Rasta-Buddhists subscribe to the belief systems of both Rastafarianism and Buddhism. Rasta-Buddhists let their hair grow as a sign of their acceptance to nature’s divine order. Urban areas of New Zealand offer unexpected pockets of cosmopolitan dreadlock communities, with their locks serving a sartorial purpose. Then there’s the Maori tribe, of which the gang members see their locks as an external manifestation of their anti-socialism and general rebellion.         Caribbean When Ras Tafari, an African prince with ancient lineage was crowned Emperor Haile Selassie I of Ethiopia in November 1930, many considered the Biblical book of Revelation’s prophecy to be fulfilled. Bahatowie priests of the Ethiopian Coptic Church had been locking their hair since the 5th century. During the invasion of Italy in 1935, Emperor Selassie was forced into exile and the rebel guerrillas swore not to cut their hair until He was re-in-stated, hence the birth of Rastafarianism. Rastafarians believe that their hair is a statement representing their proud heritage and who they are as African descendents, as well as a direct covenant between them and their creator. In all religious denominations such as the ones mentioned, the dreadlocks expression is underpinned by the idea of a covenant between the wearer and their creator. To learn more about starting dreadlocks please visit Premiere Dreadz (http://www.premieredreadz.co.uk/), Crystal Palace or call 07572501416.