Infant and Primary School Teachers to get Computers 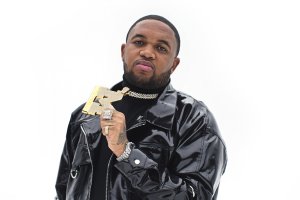 “Mustard’s track record as a producer and a label executive is undeniable and has earned him a reputation as a go-to collaborator for artists that want to scale the charts,” said ASCAP Executive Vice President, Membership John Titta. “He is a true tastemaker and we are excited to be there for him as he continues to shape popular culture with his music.”

“The past few years I’ve been making decisions to only work with people who have as much faith in me and my art as I do. ASCAP made it clear how much they appreciate and value my catalog and our future partnership,” said Mustard.

ASCAP Senior Vice President, Membership Nicole George-Middleton said, “Mustard’s incredible music has made him one of the most influential hitmakers of today. We’re so excited to welcome him to the ASCAP roster.”

Known for developing a distinct style of West Coast hip-hop and R&B, Dijon Isaiah McFarlane, professionally known as Mustard, has been a force on the scene since his early days as an 11-year-old DJ for backyard parties. His debut as a producer started with YG on the 2010 mixtape The Real 4Fingaz, and his star continued to rise from there. Mustard went on to produce chart-topping hits such as “Rack City” by Tyga in 2011 and 2 Chainz’s “I’m Different” the following year. From there, his work with various artists exploded and by 2018 Mustard had produced for talents including Young Jeezy (“R.I.P.”), Kid Ink (“Show Me”) and Y.G. (“My Hitta“), and nabbed collaborations with Rihanna, Jennifer Lopez, Big Sean, T-Pain and Trey Songz. Mustard is also credited as co-writer and executive producer for the ASCAP 2019 Rhythm & Soul Music R&B Song of the Year “Boo’d Up” by Ella Mai.

About ASCAPThe American Society of Composers, Authors and Publishers (ASCAP) is a professional membership organization of songwriters, composers and music publishers of every kind of music. ASCAP’s mission is to license and promote the music of its members and foreign affiliates, obtain fair compensation for the public performance of their works and to distribute the royalties that it collects based upon those performances. ASCAP members write the world’s best-loved music and ASCAP has pioneered the efficient licensing of that music to hundreds of thousands of enterprises who use it to add value to their business – from bars, restaurants and retail, to radio, TV and cable, to Internet, mobile services and more. The ASCAP license offers an efficient solution for businesses to legally perform ASCAP music while respecting the right of songwriters and composers to be paid fairly. With more than 720,000 members representing more than 11.5 million copyrighted works, ASCAP is the worldwide leader in performance royalties, service and advocacy for songwriters and composers, and the only American performing rights organization (PRO) owned and governed by its writer and publisher members. Learn more and stay in touch at www.ascap.com, on Twitter and Instagram @ASCAP and on Facebook.