Vysionear: Is he the next big thing?

In 2010 ‘Jah Jah Bless Me’ stirred up the local reggae scene. 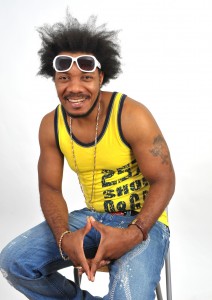 Hya P succeeded in making a song that transcended the margins of time. His latest song ‘Better Muss Come’, builds upon this success and has made Hya P a more refined artist. With rotation on Jamaica’s Irie FM and local UK radio stations, the prospects are really good. After coming back from Jamaica where he promoted and shot the video for his new song, Hya P sat down with Vision.

What was the feedback from the people in Jamaica on your new song ?

Put it this way: The first time Stone Love played the tune at Weddy Weddy, even me – my own self was surprised by the response of the people. It was crazy, they had to play it – and play it again.

Otherwise Boom Boom and Foota Hype played the song in a dance and I always got a good response. People in Jamaica gravitate to it the real way. The video release makes everything even better.

Tell us about the riddim.

I was in a party one night at Club da Boss hearing a selector dropping the riddim. I really felt the strength of it and lyrics immediately came into my mind. I could not wait for daylight as I had the riddim in my head. I called the engineer, a white bredda by the name of Dee, and I am telling you di bredda lick di riddim di real way.

I then went to Jamaica to promote the production. Every artist who heard the riddim wanted to voice on it. Elephant Man was one of the first ones. Junior Reid liked the riddim instantly and recorded a song, just like Lutan Fyah, Lukie D. When I went to see Terry Linen in St Elisabeth he built a tune right on the spot. G.I a youth from the UK, and Ignite, one of my little soldiers in Jamaica, are on the riddim too.

Comparing both songs, ‘Jah Jah Bless Me’ and ‘Better Muss Come’, which one got the bigger response?

What will be your next move?

I am doing some shows I am looking forward to. Blackpool is next on the list and other shows in Africa and Europe are coming up. The world is gravitating more and more towards my music and that makes me feel good. I have to give thanks for what is happening right now. My career looks better every day.