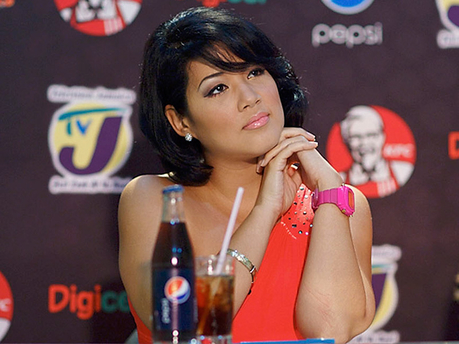 Tessanne Chin says that while her experience as a recording artiste should help her chances at winning The Voice, the nature of the competition levels the playing field.

There are also those who think that Tessanne’s entrance in The Voicediscredits the work she has done to build her reputation in Jamaica. For them, her entrance is almost like Romain Virgo going back to entering The Digicel Rising Stars, a step in the wrong direction.

But, according to Tessanne, she has yearned to take her musical exploits to a global platform and being a part of the competition provides that opportunity.

Being a part of The Voice as a regular contestant does not discredit her achievements in Jamaica.

“I have always dreamed big and I always knew that I wanted to have an international career. I don’t think anyone would pass up the opportunity to have a platform to reach so many people,” she said.

The songstress also disclosed that even though she is no stranger to performing for large audiences, she was just as nervous as the other contestants.

She said the status of the judges was enough to intimidate the most experienced of persons.

The show, she said, would provide no small assistance in terms of her development as an artiste and performer.

Don’t expect wholesale changes though, as Tessanne says she will remain true to her brand.

“I’ll always be Tessanne. I can’t be anyone else, but, hopefully, the new and improved version, like a software update,” she said.

The singer also told The Gleaner that she was overwhelmed by the support of her fellow Jamaicans following the airing of her audition.

“I am absolutely floored and overwhelmed by the love and support I have been shown. Nothing could’ve prepared me for that and it’s truly breathtaking. I’m so very grateful to everyone who took the time to write me, tweet me or hail me up in the streets and to all the TV stations and radio stations showing their support. It’s unreal,” she said.

“Jamaica has definitely prepared me for this, but I also feel like I’m in the same boat as everyone who has auditioned, simply because this is the first time I’ve ever done anything like this on such a level and also because I am entering new territory so I have to prove myself in this arena,” she said.

For the original report go to http://jamaica-gleaner.com/gleaner/20131002/ent/ent1.html