Black leaders, business owners call out Stacey Abrams and demand dialogue with corporate America about the diversity of opinions in the Black community 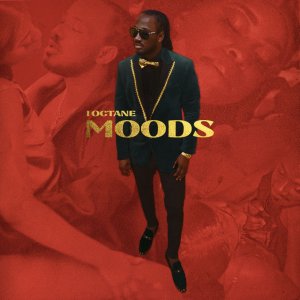 A slender I-Octane appears on the cover dressed in a black pants, gold tie and a green blazer. Backdropped by “red light district” esque images of himself and a woman in various positions. I remember the first time seeing I-octane at Reggae Sumfest and the crowd went crazy while he performed his Dancehall hits. Mostly men with lighters and fire torches as they responded with fire for his one-dimensional requests: “buss a blank” “every man who straight” . Octane is known for his sometimes marginalizing, sometimes misogynistic anti “bad mind,”  hits. On brand for hardcore dancehall music but after going through life’s challenges he offers the end product of his pain in a 22 track interlude-filled Dancehall fem-spiritual.

Not be mistaken for a feminist, he archetypically contextualizes the spiritual, social, and sexual conditions of The Woman. She is the star of this show and he gives her character depth with vagina metaphors and ritualizes her rights to the fortunes of potential suitors.

Thanks to the women in his life, he now delicately balances female objectification with praises. Just in time for Mother’s Day, the album salivates as well as motivates The Woman as mother, maiden, queen, huntress, sage, mystic, and lover.

The album starts off with a radio interview between himself and ZJ Sparks chronicling his workout regime.

The interludes are the length of a short podcast episode. 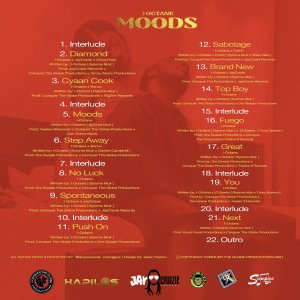 Cyaan Cook examines the contradictions of a man wanting the traditional woman but finds himself in a dilemma due to her other good qualities. This cognitive dissonance works for a good song that ends with the woman moving on from such conditions to find her fast-food lover. ‘Octane mentioned that he grappled with an eating disorder that saw him gaining weight over time due to late night snacks. He alludes to being hurt by online comments, especially those coming from men.

He confesses that it was the women who encouraged him and that’s why he decided to do an album from their perspective.  “Me decide say me aguh slim dung for dem”

The album’s title track has an infectious beat that ricochets perfectly with his flow. Mood is the perfect song to set the tone for the album and would have flowed sonically as track 1.

Just when you think Octane has converted to a life coach, No Luck gaslights. Veering off script to please his torch-bearing dancehall fans, he blames “The Woman” for the infidelity of a “Man” because she lacks sexual prowess.

He then pivots to Push On, a motivational ode.

I-Octane found all 26 of them to use on Brand New. Quiet an improvement in vocabulary from “Bandmind”.

Great taps into his African ancestry with a modern Afrobeat and a humane topic. It can be played alongside any Davido song at the clubs in Nigeria.

Interludes would have been good if they didn’t take away from the potential climax of Moods. The radio interview banter between him and ZJ Sparks interrupts and adds little value to the musicality of the entire album. Could have saved them for season one of his music podcast or a post-retirement interview album.

Still, Moods lives up to its promises. It takes listeners through the evolutionary psyche of this consistent but changing dancehall artiste who has found love, experienced the discomfort of hurt, and found love again.