School for Inmates at Tamarind Farm 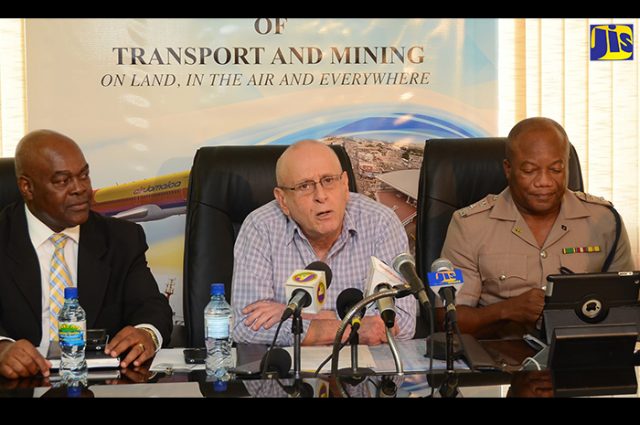 He said the requirements for the Coaster and minibuses are similar, pointing out that the only difference will be the tinting allowed for the windscreen.

“For the Coaster bus, no tint will be allowed on the back glass, nor the two immediate glasses at the side of the vehicle; therefore, there ought to be a clear view on the back seat of those public passenger vehicles,” SSP Allen said.

Meanwhile, he said vehicles with factory tints that are being utilised as PPVs will be given a grace period to become regularised.

He said operators found in breach will be charged $2,500. He added that fines are expected to increase once the new Road Traffic Act is passed in Parliament.

He said the regulations will also be extended to the State-owned bus entity, the Jamaica Urban Transit Company (JUTC).

In the meantime, Chairman, Transport Authority, Joseph Shoucair, is reporting full support from bus and taxi associations in the removal of tint from PPVs.

He informed that earlier today (February 13), a meeting was held with various taxi associations outlining the details of the initiatives that will be undertaken.

“I am pleased to tell you that the discussions were spirited, cordial and respectful. At the end of the meeting, we were and remain on one accord,” he said.

Mr. Shoucair said the removal of tints from public PPVs is aimed at assisting with public safety and security.

Last week, Prime Minister the Most Hon. Andrew Holness gave instructions for the removal of tints from PPVs. This is in light of recent incidents of women and children being abducted by perpetrators posing as taxi operators.

The guidelines regarding tinting are outlined in Regulation 15 (b) of the Transport Authority Act.