“Church’s Loves Atlanta” to be Showcased at BronzeLens Film Festival

Women Urged to Dispel Misconceptions that Hold them Back

Improved Mobility for Commanders of the JCF 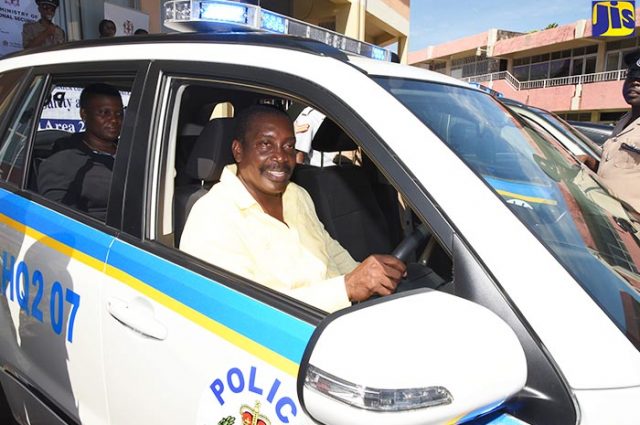 Minister of National Security, Hon. Robert Montague, gets behind the wheel of one of four new vehicles assigned to the Area 2 police to be used by the Duty Commanders and Shift Commanders in the Areas and Divisions. They are part of a batch of 24 new motor vehicles acquired and assigned to the Commanders. The four new vehicles were handed over to the Head of the Jamaica Constabulary Force (JCF), Area 2, Assistant Commissioner of Police, Norman Heywood, in Pompano Bay, St. Mary, today (August 23).

The Government has strengthened the mobility of officers at the management level of the Jamaica Constabulary Force (JCF), with 24 new vehicles assigned to Area and Shift Commanders.

“This will translate into better policing for every citizen of Jamaica,” says Minister of National Security, Hon. Robert Montague.

He was speaking at a handover ceremony for four of the vehicles to the Area 2 police, in Pompano Bay, St. Mary, today (August 23).

The Minister said that equipping the management and improving the general mobility of the police are part of efforts to ensure improved service from the JCF to communities.

With the vehicles fully earmarked for the work of the Duty Commanders for the Areas, and Shift Commanders, the Minister said they will be unhindered to move at any time to inspect and do crucial functions at police stations across the five Areas and 19 Divisions.

The Minister told the gathering that the Government will continue to equip the police with resources such as motor vehicles, as criminal gangs must be confronted for crime to be dented.

He noted that the Ministry of Health spends more than $400,000 daily to treat victims of gang violence.

“If we don’t confront the gangs and the issue of illegal guns, all of the effort to enhance peace and security in this nation will come to naught,” Mr. Montague said, citing the negative impact that gang activities are having on the economy.

He said crime reduction will lead to more jobs being created for young people through investments, which will result in a better life for Jamaicans.

Mr. Montague pointed out that while money is being made to fight crime, as it affects all aspects of life in the country, the Ministry is also spending funds to improve facilities where members of the JCF reside, so that their environment will be as comfortable as possible.