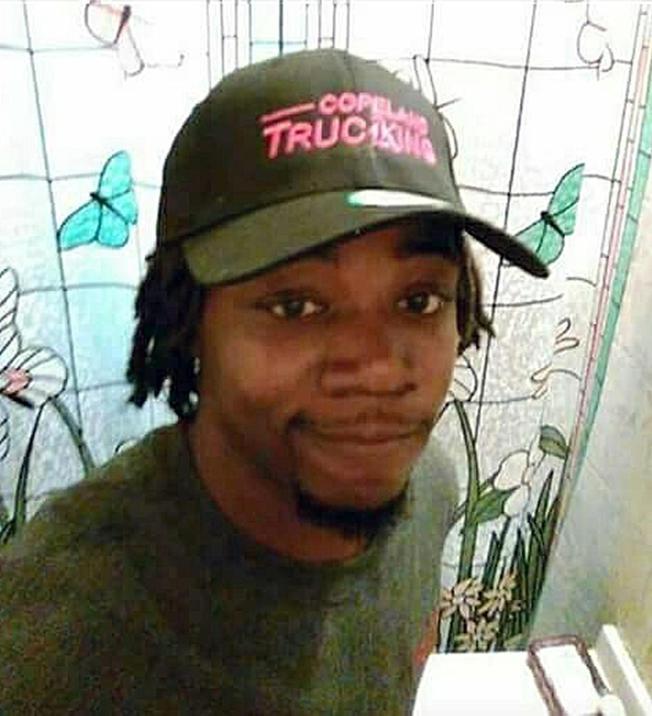 MINNEAPOLIS _ The fatal shooting of an unarmed black man by a Minneapolis police officer has pushed racial tensions in the city’s small but concentrated minority community to the fore, with a police precinct besieged by a makeshift encampment and hundreds of protesters in recent days.

Police have tried to improve race relations in recent years, and succeeded in some areas. But some community activists say racial disparities _ high unemployment rates for blacks, a disproportionate number of arrests for minor crimes and inequities in housing and the school system _ have been going on for so long that Sunday’s shooting of Jamar Clark _ and the reaction from the community _ was no surprise.

Clark, 24, was shot in the head during a confrontation with two officers. Police said he was a suspect in an assault and was interfering with paramedics trying to treat the victim. Police said there was a scuffle, and Clark was shot. Some people who say they saw the shooting claim Clark wasn’t struggling and was handcuffed. Police initially said he wasn’t handcuffed, but the state agency that’s investigating the shooting, the Bureau of Criminal Apprehension, said one thing it’s looking at is whether Clark was restrained.

The president of the Minneapolis police union, Lt. Bob Kroll, said Wednesday in an email that Clark was “disarming” the officer and was not handcuffed.

The officers involved in the shooting were identified Wednesday as Mark Ringgenberg and Dustin Schwarze, both with seven years of experience including 13 months with the Minneapolis department, but their race wasn’t released because it’s private under state law. Police in Maple Grove, where Ringgenberg worked before joining the Minneapolis force, said he is white.

Members of the Minneapolis chapter of Black Lives Matter and other demonstrators want police to release video of the shooting, but the BCA has declined to do so, saying it would taint the investigation. The FBI is also undertaking a civil rights investigation.

Tensions ramped up Wednesday afternoon when police moved to clear protesters out of the vestibule of the 4th Precinct station where several had been sleeping since the shooting. They pulled down a pop-up shelter and doused a bonfire, prompting protesters to chant, “Shame on you!” before relighting the flame.

The protests are the latest call for change by a community that has had rocky relations with police.

Sunday’s shooting took place on the north side, where the population is predominantly black and generally poorer than the rest of the city. The four neighbourhoods nearest the shooting are 53 per cent black, according to 2010 census data. The city as a whole is 60 per cent white.

Chuck Samuelson, executive director of the American Civil Liberties Union in Minnesota, said tension has risen as police have stepped up their presence in high-crime areas. An ACLU study earlier this year found black people are nearly nine times more likely to be arrested for low-level offences in Minneapolis than white people.

“ African-American males feel like they are targeted by police because, frankly, they are,” Samuelson said.

Levy-Pounds said several high-profile cases have increased mistrust of police, including the 2013 death of Terrance Franklin and the 2006 death of Fong Lee, both shot by police.

Franklin, who was black, was being chased by police in a suspected burglary when he broke into a home. Police said he struggled with officers, grabbing a police weapon and shooting and wounding two officers before he was shot 10 times. A grand jury cleared officers in his death, but Levy-Pounds called it “a case of murder of a young African-American man at the hands of Minneapolis police.”

In the case of Lee, a 19-year-old son of Laotian immigrants, the officer who shot and killed him in north Minneapolis said he feared for his life. A jury ruled the officer didn’t use excessive force.

Don Samuels, a black former City Council member who represented the north side, said there’s a sense of wariness anytime a black man gets killed or shot by police, and people wonder if a white man in the same situation would have been shot. But he pointed to a growing effort by the city and police to confront racial issues head on, to bring more officers of colour on the force, and to create review boards to deal with police brutality.

Minneapolis police Deputy Chief Medaria Arradondo said the department recognizes past grievances between the African-American community and police and is working hard to build trust.

“Even in the midst of protests and demonstrations, we will continue to have important dialogue and conversations to keep moving forward,” he said.