TIDAL to Livestream The Roots, Usher, Common and more from Equal Justice Initiative’s Concert for Justice and Peace in Montgomery, AL 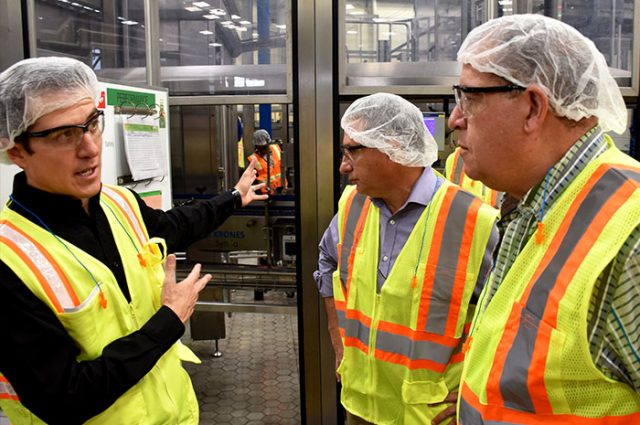 The new Line 8 facility, which was commissioned into service in October 2017, brews Jamaica’s world-renowned Red Stripe Beer and Dragon Stout for the CARICOM, North American and United Kingdom markets.

It has an output of 40,000 bottles per hour, which will enable it to produce 3.5 million cases of the beverages per annum.

During a tour of the facility on Friday (April 6), Mr. Shaw said he is pleased with this latest infusion of automaton and sophisticated equipment in Red Stripe’s production process.

He also hailed the company for incorporating cassava in the ingredients used to brew beer, through collaboration with more than 100 farmers.

The Minister further praised the management for taking steps to introduce measures and initiatives aimed at enhancing the employees’ welfare, which, he noted, will contribute to boosting their productivity.

“I really want to commend you on the example that you are setting in the manufacturing sector in Jamaica,” he added.

Meanwhile, Mr. Shaw said based on discussions with Red Stripe’s management, there is great anticipation that the entity will further boost cassava production over the next several years, “involving small farmers (who own) their own plots, so (that) everybody can (share in) the profits”.

“The good news is we are not short of land. Nearby here, between St. Catherine and Clarendon, we are going to have about 20,000 acres of land available, 70 per cent of which is already irrigated,” he informed.

For his part, Red Stripe’s Managing Director, Ricardo Nuncio, said the Line 8 production facility is part of a broader slate of investments being made to expand the entity’s operations.

Other areas, he indicated, include construction of new warehouses to store raw materials and finished products, and expanding the entity’s mill to process more cassava, which, he emphasised, “is definitely something that can only grow… (and) we are really excited about that”.

“So it’s a lot of investments because we believe in this company. We believe Red Stripe can really be big across the world… it’s a great brand that represents Jamaica and is what Jamaica is all about,” Mr. Nuncio added.

Jamaica Manufacturers’ Association (JMA) President, Metry Seaga, who was also on the tour, said he is pleased with what he saw, describing it as a “great investment”.

“I am happy that (this is) one of the first tours that the Minister is getting to do, to see a facility like this. (This demonstrates that) manufacturing is alive and well in Jamaica and. hopefully, under the Minister’s leadership, it is going to flourish,” Mr. Seaga added.