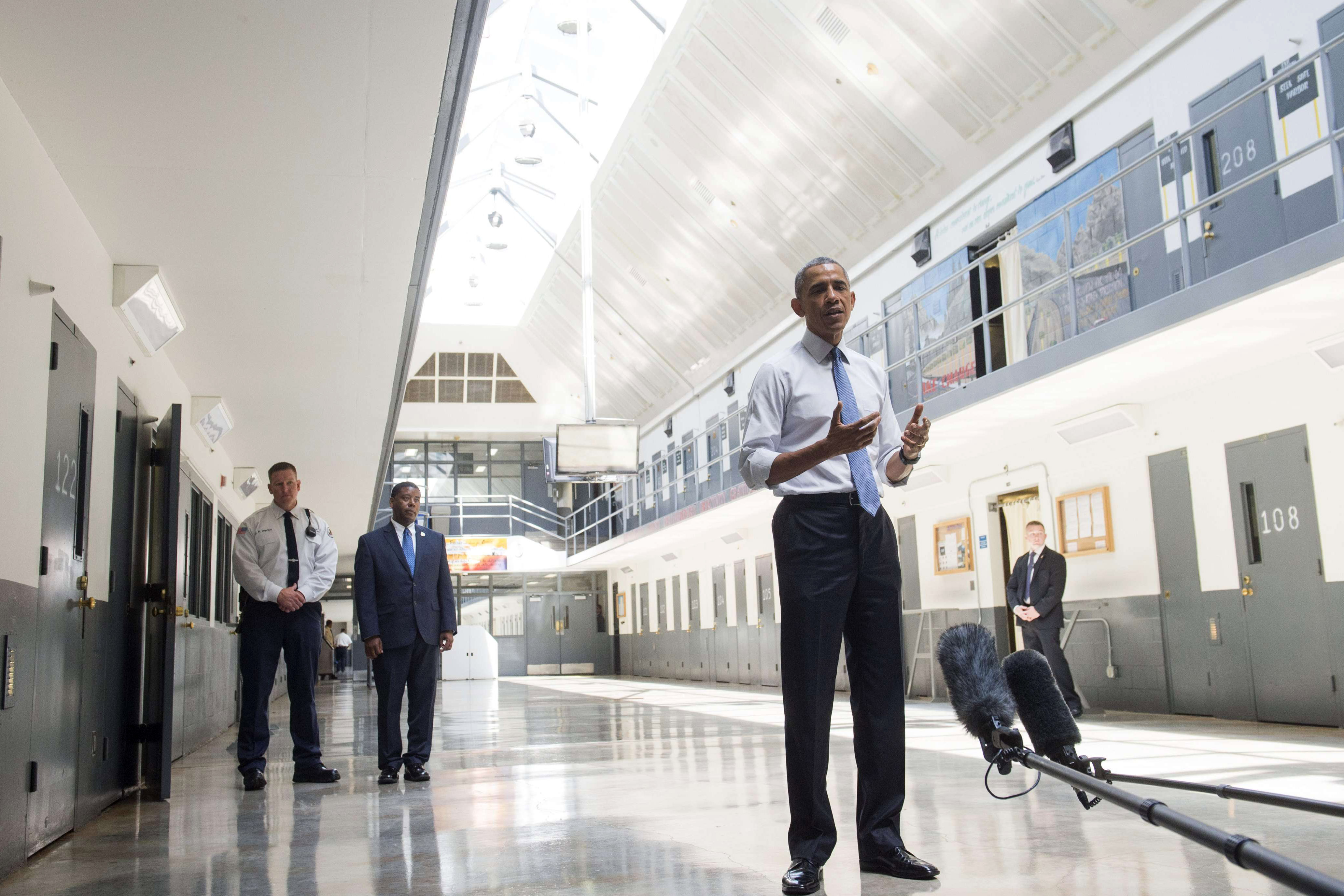 EL RENO, Okla. _ Federal inmates at an Oklahoma prison said Wednesday they are hoping a documentary featuring President Barack Obama’s July visit to the facility and in-depth interviews with six of the prisoners will influence policymakers to re-examine harsh sentences for nonviolent drug offenders.

About 50 inmates gathered inside the chapel of the Federal Correctional Institute at El Reno to watch the premiere of “Fixing the System,” a Vice on HBO special report. Nonviolent drug offenders who talked to Obama during his visit said the one-hour documentary, which begins airing Sunday on HBO, will make people more aware of the impact that lengthy sentences have on inmates’ families and communities.

“It takes people away from their families for years and the crime doesn’t fit,” said Tyrone Ramsey, 39, a first-time offender who has served five years of a 15-year sentence for conspiracy with intent to distribute heroin.

The documentary shows interviews with relatives of Ramsey and images of his children playing at the family’s Kansas City, Kansas, home _ sights and sounds that Ramsey said made him realize how much he misses the people who were part of his life before prison.

“When I saw it, it was very emotional, especially when I saw my children,” Ramsey said. “It really hit me. It really sparked some thoughts in my mind like: ‘Man, I really messed up in some ways.”’

Another inmate who appears in the film, Jesus Chavez, said he hopes those who see the film “realize we’re all human, we all make mistakes.”

“One mistake shouldn’t really dictate the rest of our lives,” said the 24-year-old from El Paso, Texas, who was sentenced to more than five years in prison for conspiracy to distribute Ecstacy. “This country is about second chances, and the amount of sentence they are giving us … has a lot of impact on what we could do when we get out.”

Arnell Stewart, 27, of Denver, said the producers “hit a home run” by focusing on his and other “compelling stories that go on behind these walls.” But Stewart, who has served three years of a five-year sentence for conspiracy to possess with intent to distribute cocaine, said he was originally pessimistic about Obama’s visit and whether it will lead to improvements.

Obama is the first president to visit a federal prison while in office. He called for changes in the criminal justice system, saying a distinction had to be made between young people doing “stupid things” and violent criminals.

After meeting with him, Stewart said he believes the president was sincere.

“The body language and the intensiveness that he had, I felt he was genuine,” he said.

Bobby Reed, who did not meet with Obama but appeared in the documentary, called the president’s interaction with the prisoners “a bold step.”

Reed, 57, of Fort Worth, Texas, said he hopes the film encourages the public and Congress to revisit “tough on crime” sentencing guidelines for nonviolent drug offenders and focus on “common-sense policies” that punish offenders without destroying their lives.

“I believe we should do time for doing wrong or violating the law, but the amount of time is totally out of touch,” said Reed, who described his own life sentence for conspiracy to distribute cocaine as “a throwaway sentence.”

“You’re throwing away a guy’s life,” he said. “Families, communities, they’re taking the brunt of this here. It breaks the families up. It’s hard for everybody.”