Internationally: Persons Of The Year 2020

As the  2020 COVID 19 year draws to an end we now look back at the leaders and persons who made the greatest positive impact on their respective national communities and  or regions.  Some made a difference in a global way on the world scene, and can best be described as having also an international impact. They operated under the cloud of a pandemic that made their lives and work more  difficult.  We salute them for their fortitude. We hope the newly found vaccines will be most effective and the dreaded COVID 19 pandemic will be brought under control and the 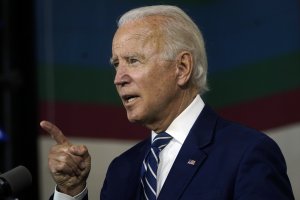 world can return to some form of normalcy. This is our fervent hope.

Joe Biden at 78 is President-Elect and his running mate Kamala Harris as the first female and coloured VP-elect. We wish them well. They are our persons of the year for 2020 in the USA. Their collective wisdom and decisions will make a difference to the world in 2021. 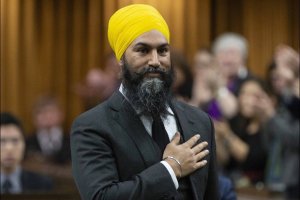 Opposition Leader Jagmeet Singh operates in a minority government led by PM Justin Trudeau. Jagmeet Singh as leader of the New Democratic Party (NDP) is our person of the year in Canada 2020.  The NDP has been able to hold the Canadian government accountable and get the best for the people of Canada. Congrats!

We thank Singh and the NDP for making a difference to the lot of the Canadian people in 2020 … we say good job done!  You have kept your nose clean and your integrity on track.  Justin Trudeau suffered another ethics violation with the “We Charity Funds” atrocity. This is his third ethics violation in recent times. A very poor showing indeed!  He is accident prone and is likely damaged goods. 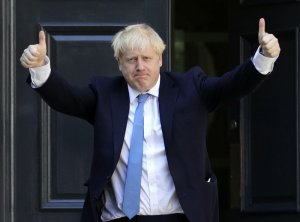 By far PM Boris Johnson, is our person of the year in Britain,  despite his apparent follow fashion approach to the false Trumpian views of COVID 19. They both got the virus and thank God they have survived. Their cavalier approach about the effects of the pandemic  did not set the best example to their people and the world. Finally he was able to successfully negotiate the vexed BREXIT deal.  Congrats!

In Jamaica by far our person of the year is the Health Minister Dr. Hon. Christopher Tufton. His outstanding leadership qualities came to the fore and we are eternally grateful to the health team and Minister Tufton as leader of that team.  The PM has done well with a landslide victory of 49:14 and others like Rhoda Moy Crawford for dethroning Peter Bunting.  Not-with-standing all their acheivements Dr.  Christopher Tufton has outshone them all 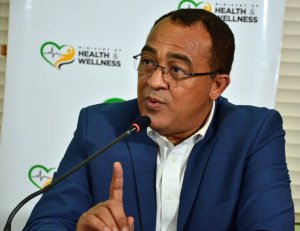 Minister of Health and Wellness, Dr. the Hon. Christopher Tufton, addresses a virtual press conference on Wednesday (April 29), in Kingston.

as our person of the year 2020. He was once seen as an outcast. Now he headlines the cast. Tufton overcame many odds even Zhara Burton.

Such behaviour Burton was so Trumpian …

That it did not qualify you to be a champion …

Despite the nastiness by the low down, blow and attack by fellow Journalist of Global Reporters, who disgustingly, distastefully, disrespectfully, dispassionately and dimeaningly used her priveledged, professional access in a zoom press conference to trample on Dr. Christopher Tufton’s private family life, by publicly questioning his fidelity to his wife … yet Tufton still prevailed this vicious attack.  She was supported mainly by fringe elements and low lifers whose claim to fame is to tear down and act as if barnacles retarding the forward movement of a ship. Burton was widely condemned for her despicable attack on Dr. Tufton.

“Such behaviour was so Trumpian Zhara Burton

That like Trump, did not qualify you to be a champion …”

We will look at other regions and leaders later, but these are our closest leaders in our region whom we think are the persons of the year for 2020 in their respective countries. 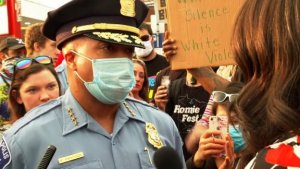 The police and security forces have done very well under the circumstances in Jamaica. The US and Canadian forces were both stained with racism.  Crime in Jamaica for example is still high, but fell by 3 percent when compared with last year 2019. May this trend continue in 2021. Respect for human rights and respect for life seems to be improving in the security forces in Jamaica. This trend must continue into 2021 and beyond.  INDECOM has been of great help to keep the police in check. Congrats!

The media worldwide and in particular in the USA has held their leaders to the fire. Trump in particular had to be closely monitored and reined in. Black Lives Matter (BLM) movement has done excellently in the USA and their influence has been felt elsewhere, if not globally. We salute their widespread grassroots approach to leadership. 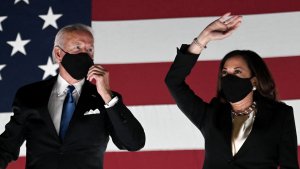 We congratulate Biden and Harris on their victory. We look forward to the back of Trump and a new President in the White House.  All lives in America will then matter, we are sure. Despite the nastiness and attempts to discredit the will of the people even questioning and going to court to overturn the credible results of the November 3, 2020 Elections which failed.  Biden et al still prevailed. Trump is now a one term President. You deserve nothing less. You and your cronies have brought the high office of the Presidency of the United States Of America to an extremely low level.  Trump showed no respect for people of colour. Happy riddance. 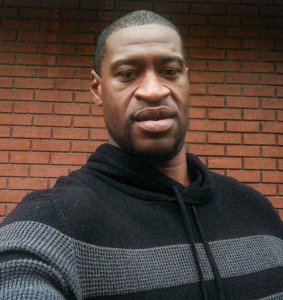 George Floyd’s cruel death, and others of colour, at the hands of racist police officers,  seem to have meant nothing to Donald J. Trump, outgoing President of the USA. Trump’s behaviour towards demonstrations organized by or on behalf of BLM,  may have helped to cost Trump his Presidency. He bunkered down and posed with a closed bible which he held upside down.  Shame on him!   We are dying to see your back sir … soon, come January 21, 2021. Floyd’s death exposed racism in the USA and was a pivotal moment on the world scene. It was a popular uprising.

On a brighter note,  in Jamaica our news media has been a shining light. Have a Merry Christmas if you are of the Christian Faith, and a safe holiday period to all.

Hopeton O’Connor-Dennie is a veteran journalist of international exposure who thrives on politics.