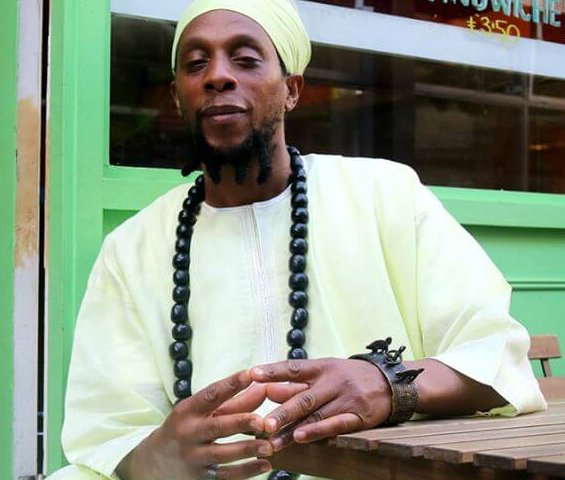 IFA-TUNDE “The Oracle has returned,” is a singer/songwriter/producer and a man of many talents who is determined to spread the message of love to the world. Born in Camberwell, South London to Jamaican parents, Ifa-tunde grew up in Peckham up until the age of five before moving to Jamaica. He then lived in St. Catherine in Jamaica where he attended the Victoria All Age School.

His first experience with music as a child was when he would gather pots and pans and played them like they were musical instruments. Seeing this, his father brought a sound system (also known as a rig, which comprise of a bank of amplifiers, microphones and turntable decks) from London to Jamaica on which Ifa-tunde further developed and crafted his musical skills.

By the age of 11, he moved to Kingston settling at Bull Bay with his mother and three brothers. “Those days were rough” – as stated by Ifa-tunde when he experienced extreme poverty. Whilst being there, he was exposed to more music amongst the various sound systems that would be played in the area. However, there came a time when his mother had no choice but to put Ifa-tunde and her other two sons into St. Patrick’s Boys home while attending Alpha Boys school (now called Alpha Institute) where he learnt more about music.  Alpha Boys school had been the home of many of Jamaica’s top musicians including Yellowman, Leroy Smart and Dean Fraser to name a few.

He later attended Kingston Senior School, but did not get to graduate as the needs of his family came first. So he went to Chestervale Training Camp in St. Andrew where he learned advanced electrical engineering – there he developed strong self-discipline. After leaving Chestervale, he began working at Brown’s Hardware in Spanish Town, Kingston.

He then left Jamaica in 1984 to return to London, England where he got involved in the underground reggae sound system culture during his 20s. He sang on sound systems such as Mafia and Youthman Promotion where he went under the nickname Winston General. He also sang harmonies for Junior Chin on Asher-World, which were one of leading sounds in the UK at that time, appearing on shows up and down the country.

In 1991, Ifa-tunde traveled to the USA where he spent a number of months singing on Exodus Sound System in New York before returning to the UK.

In 2000, he became more afro-centric and traveled to Nigeria and Ghana where he was initiated into the ways of the Orishas (Òrìṣà) (which is a Yoruba way of life/tradition) by a an Araba in a place called Ile Ife (the home of love). He was then given the name Ifa-Tunde; meaning the oracle has returned. In the meantime, while in Nigeria, he broadened his musical experience by performing with various traditional African musicians.

Ifa-tunde returned to Jamaica in 2003 to record his single ‘The Way That I Feel’ which became the featured soundtrack to the action thriller film ‘The Quiet Storm’ (2004). He then later went on to successfully launch his music label Orisa Music that same year.

From 2009, he had spent the next decade working on his music starting with his EP called ‘Black EP’ featuring songs such as ‘Neglecting A Child’ and ‘The Way That I Feel’, and is about to release his upcoming debut album called ‘Melanin’ featuring two singles ‘Sweet Jamaica and the title track ‘Melanin’.

Listen and learn of the full-joy music of Ifa-tunde; The Oracle has truly returned.