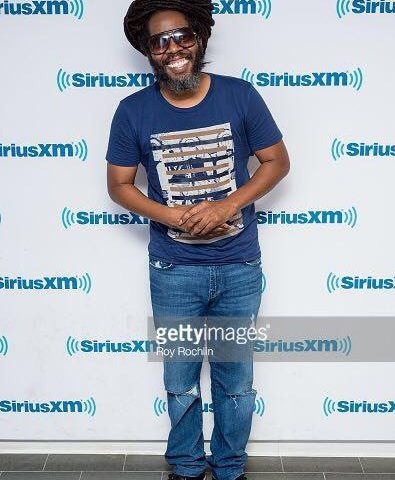 New York, NY (November 13, 2017).  Irish and Chin will create history and bring a piece of sound system and dancehall culture to next month’s Art Basel exhibition in Miami Beach. Co-Founder of Irish and Chin, Garfield ‘Chin’ Bourne will create history on December 7th 2017 inside the Miami Beach Convention Center, where he will showcase the history and impact of sound system culture on music.
Art Basel is an international art fair with three shows staged annually in Basel, Switzerland; Miami Beach, Florida; and Hong Kong. Each show is organized into sectors which showcase contemporary artworks by established and newly emerging artists.
While Art Basel provides a platform for galleries to show and sell their work to collectors, museum directors, and curators, it also attracts a large international audience of art spectators and students. One of the key elements to Art Basel is their frequent expansion to include the newest developments in the arts to their platforms.
The exhibition, which is titled ‘Let There Be Reggae‘, is set to showcase artifacts from various sound systems from across the world.
“I am looking at some of the sound systems that made a mark in the 80’s and 90’s era of dancehall, which I believe is the most exciting era of dancehall. We will have memorabilia, i.e. dub plates, amplifiers and other recognizable elements attributed to sound system culture on display. You may see a Sir Rodigan dub plate,(UK selector) to a Mighty Crown dubplate, (Japan sound system) to an LP International dub plate (US sound system), Downbeat (US sound system) or even a dub plate from Renaissance (Jamaican sound system). Whether a party sound that juggled weekly in the dances or a hard core clash sound, we hope to showcase these artifacts and supply you with some information on the history and impact of each” says Garfield ‘Chin’ Bourne.
As co-founder of Irish and Chin, one of the most respected reggae promotion companies in the world, Garfield “Chin” Bourne has left his mark on the music industry and popular culture as a whole. He is the founder of SoundChat Radio and a range of media ventures, but Chin may be best known as a leading advocate of sound system culture. Therefore, it is no surprise to many that the Art Basel team would select Irish and Chin to host this exhibit.
‘Let There Be Reggae‘ exhibit will not only showcase the sound system side but also the culture of dancehall and reggae by placing some of those distinctive clothing that many of us recall some of dancehall greats wearing like, Shabba Ranks, Super Cat or Pinchers.  According to Garfield ‘Chin’ Bourne “During the 80s and 90s, the attire played a huge part of dancehall, similar to hip hop. In dancehall you had the desert clarks and travel fox, or the silk shirt or a bad linen suit, which were staple article of clothing in the dancehall.
As Irish and Chin gears up to celebrate 20 years of hosting one of their biggest brand events ‘World Clash‘, an annual reggae sound system clash, next year it is evident they continue to receive accolades and recognized for their immense work in sound system culture and dancehall.
“This opportunity is not only great for the Irish and Chin brand, we see this as great for the dancehall and reggae culture. This platform will only propel sound system culture and introduce our culture to new persons world wide. People can now understand why many of us say that hip hop street culture comes from the Jamaican dancehall culture and create a conversation”  says Garfield ‘Chin’ Bourne.
Come out on Thursday December 7th and understand the journey of Jamaica music and sound system culture.
To purchase tickets click link below
https://www.artbasel.com/miami-beach/buy-tickets