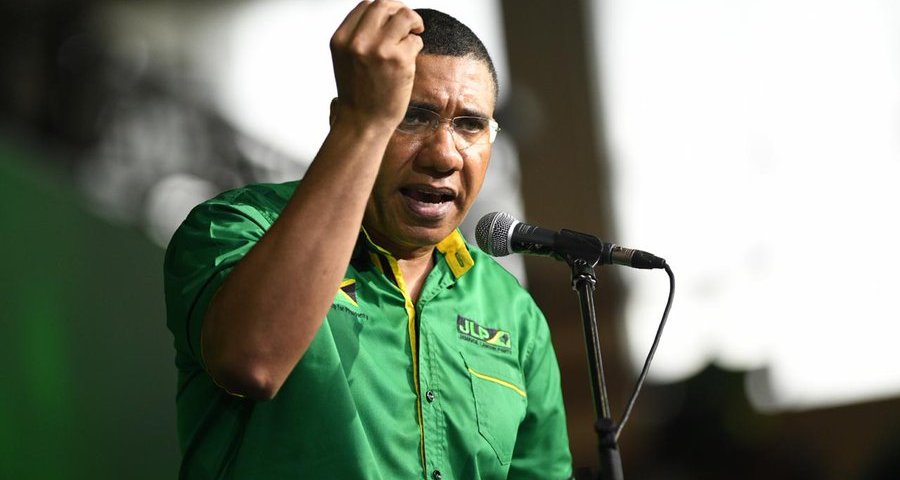 The JLP anticipated landslide may not be as certain as most pollsters are predicting nor is it a clear win come September 3, 2020. A large number of undecided voters from the last Gleaner poll of 47% can prove problematic for the JLP, however, it is for the PNP to exploit. My prediction is the undecided they will swing more to the JLP or if they swing to the PNP it might not be sufficient enough to overcome the initial advantage that the JLP now enjoyed although not a certainty they can maintain it up the day of the election. The predicted outcome could be 52% for the JLP and 48% for the PNP. JLP wins 32 seats to PNP 30 seats. 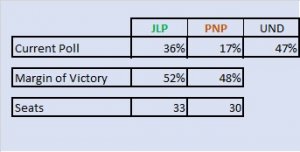 The 36% lead going into the election is the JLP core supporters, their base who will vote JLP no matter what. The large undecided 47% plus the current 17% from the recent Gleaner polls, mostly present the PNP core voters around 64% but who are splintered and might vote for JLP to spite Peter Phillips or some are just disillusioned with the PNP overall.

It is a ground game, who has the most money could pull it off. On the question of leadership, Lisa Hanna appears to be the strongest of the PNP contenders to take on the JLP Leader, followed by Peter Bunting. Still, the PNP base seems to be more formidable than the JLP as 63% of supporters see their allegiance to the party compared to JLP 39%. On a personality basis, Holness enjoys a significant lead 61% to 37% for Dr. Phillips based on my polling back December of 2018.

This also has positive and negative implications for both parties in that it suggests the base won’t come out for Dr. Peter Phillips while on the other hand, the high levels of crime and sustained corruption allegations could undermine Andrew Holness leadership despite enjoying a high level of support on the basis of his leadership and the hope agenda.

If hopeful becomes hopeless then JLP and Andrew Holness can only expect to enjoy a very thin margin of victory over the PNP under the current leadership. Implying therefore that if the PNP base comes out under say a Lisa Hanna leadership the JLP might just be a one-term Government.

The polls were taken online with a +/- 4% margin of error from a sample size of over 800 respondents. Despite the polling parameters online polls are not considered scientific.