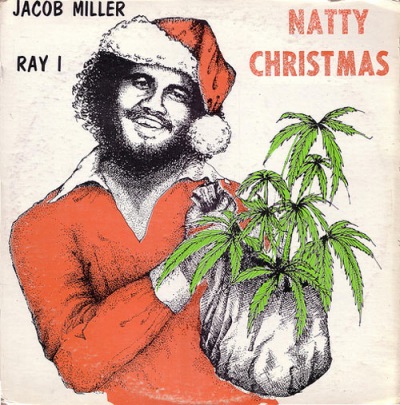 KINGSTON, Jamaica — Jacob Miller’s hefty size and jovial personality would certainly have qualified him for the role of Santa Claus.

The singer was in a merry mood when he and the Inner Circle band gathered at Channel Studio One in 1978 to record what has become a Christmas classic.

On Natty Christmas, the burly singer puts a humorous spin on Yuletide standards like Wish You a Merry Christmas/Amheric Temple, Silver Bells (Natty No Santa Claus), All I Want For Ismas and On The Twelfth Day of Ismas.

Roger Lewis, co-founder and guitarist with Inner Circle, says Natty Christmas is still popular. It sells well in compact disc form but has also been embraced by the digital generation.

He recalls Miller being in his element during the Natty Christmas sessions.

“Everybody do Christmas albums in dem days. With ‘Jakes’ kinda vibes it was only natural wi do one an’ him jus’ mash everything,” Lewis told the Jamaica Observer from Miami.

Lewis and his younger brother Ian, who played bass, worked on the album. So did Inner Circle colleague Ian ‘Touter’ Harvey (keyboards) with hot Channel One session player Sly Dunbar sitting in on drums.

Released in time for Christmas, 1976, Lewis says Natty Christmas was an instant hit not only in Jamaica, but in North America.

“In New York (disc jockey) Ken Williams played it like every 10-15 minutes on WLIB. Him used to kill it!”

The Manchester-born Miller started his career as a teenager at producer Clement ‘Coxson’ Dodd’s Studio One label, getting his first hit with Love Is a Message. He cut a series of strong sides for producer Augustus Pablo in the early 1970s before joining Inner Circle, which had been around since 1968.

It was with Inner Circle that Miller recorded some of his most famous songs such as Tenement Yard, Tired Fi Lick Weed In a Bush, and All Night Till Daylight.

According to Lewis, Miller went on a promotional tour to Brazil with Bob Marley and Island Records boss Chris Blackwell in early1980. He returned to Jamaica in March and was expected to join Inner Circle in the Bahamas where they were recording an album for Island.

After his death, the Lewis brothers relocated to Miami. They had a massive comeback in 1994 with the album, Bad Boys, which included the hit song of the same as well as Sweat (A La La La La Long), a summer smash that year.

That album won a Grammy Award for Best Reggae Album in 1995. Inner Circle’s last album, State of Da World, was released in 2009.

For the original report go to http://www.jamaicaobserver.com/entertainment/Jacob-Miller-s-Natty-Christmas-still-popular