Some 100,000 doses of Pfizer Vaccines Arrived in Country

Fast-rising recording artiste Jah Malo has been getting a lot of attention with the release of the remix for his hit single ‘That’s A Trap’ featuring dancehall hitmaker Iwaata.

The remix was produced by the up-and-coming recording artiste/ CEO Jah Malo “Badslave Records” to which Jah Malo is signed.

The remix, “That’s A Trap” has been doing well and has been gaining steam in Jamaica and the USA. Jah Malo couldn’t be happier with the feedback that he has been getting. 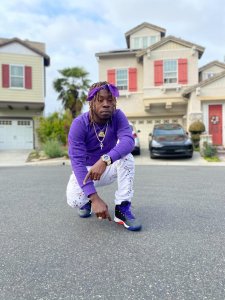 “So far everybody is giving me positive feedback, I have been gaining a lot of airplay both locally and internationally. The sound system selectors and disc jocks are already requesting dubs,” said Jah Malo.

The remix was released September 29 of this year and is available on iTunes via distribution giants Zojak Worldwide.

The multitalented artiste/producer is also known for hits such as “Beat Di Road” and “Pretty Smile” to name a few.

Jah Malo is devoted to his musical career and is now locked in the studio working on a new banger to be released before the year-end, the artiste and his team are also locked into the promotion part of his career.

“I never stop working and right now I have a lot of things in the pipeline. So just keep looking out for the name, because there are a lot more things in store for my growing fan-based, said Jah Malo.