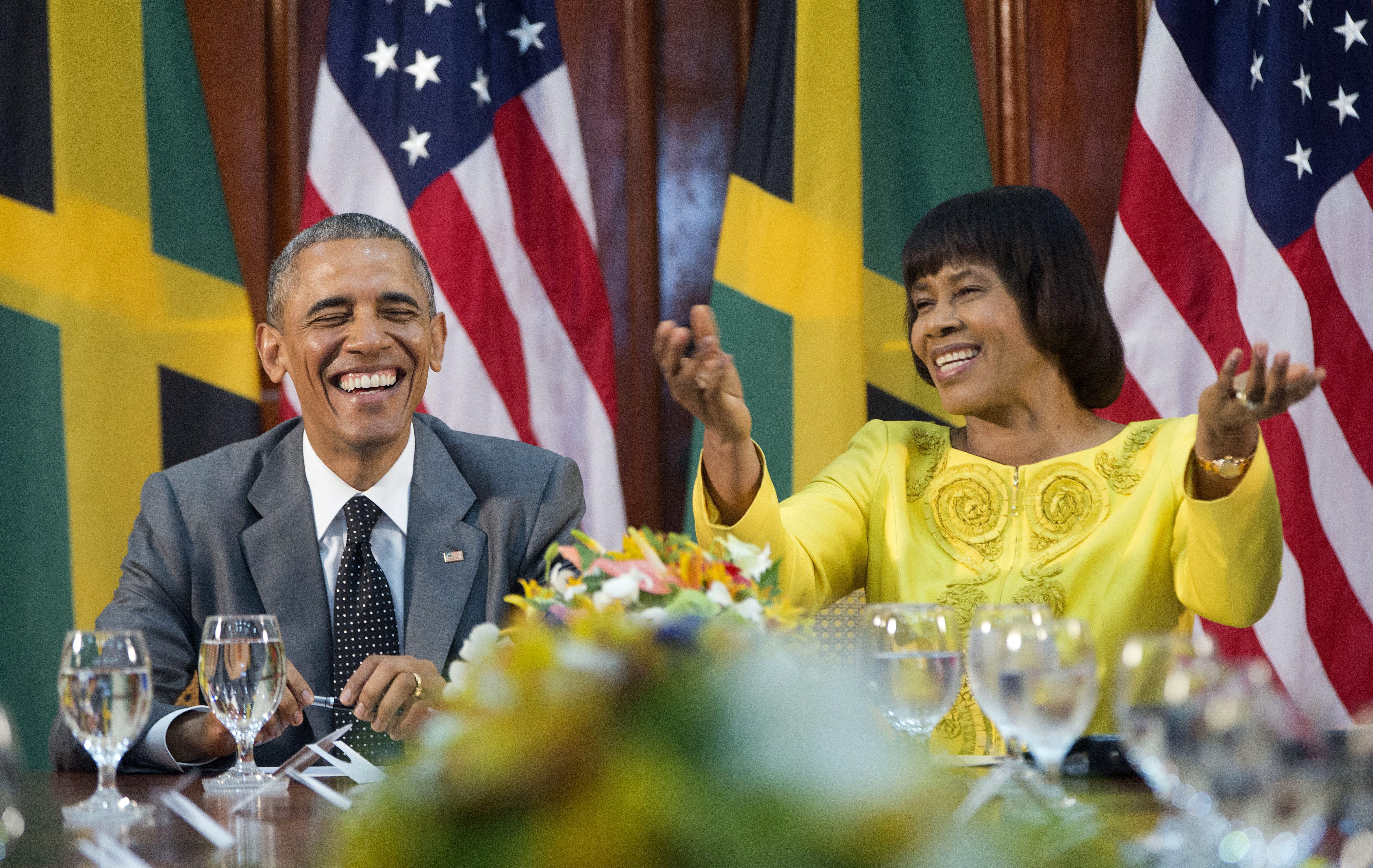 KINGSTON, Jamaica _ Jamaica’s leader has asked President Barack Obama to exonerate black nationalist leader Marcus Garvey, who was convicted in the U.S. of mail fraud in the 1920s.

Prime Minister Portia Simpson Miller says she told Obama that it is the “deep desire of the government and people of Jamaica” to have Garvey exonerated of the U.S. criminal conviction that got him deported to Jamaica in 1927.

She says she asked Obama to “consider the matter and to offer any support within his authority.”

Garvey was the first person named a Jamaican national hero following the island’s independence in 1962. He died in 1940.

Obama arrived in Jamaica late Wednesday. He met with Simpson Miller and other Caribbean prime ministers Thursday before departing for the Summit of the Americas in Panama.