Hollywood sticks to the script: Films aren’t more inclusive, despite a decade of advocacy 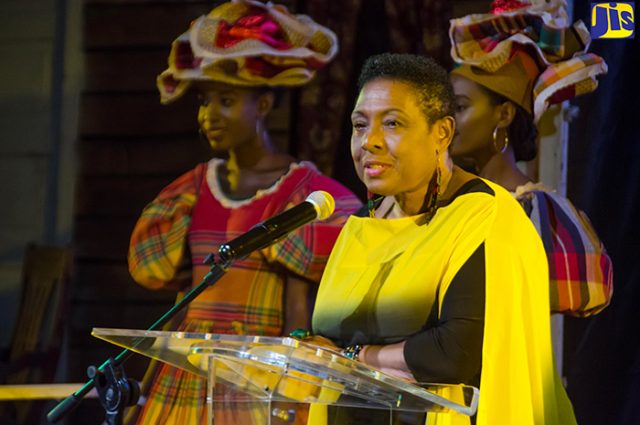 Minister of Culture, Gender, Entertainment and Sport, Hon. Olivia Grange, addresses the launch of the Jamaica Independence Festival at the Courtleigh Auditorium in New Kingston on June 14. (File)

The annual Festival Song Competition, one of the highlights of Jamaica’s Emancipation and Independence celebrations, will return in 2018.

This was announced by Culture, Gender, Entertainment and Sport Minister, Hon. Olivia Grange, who indicated that in the absence of this year’s staging, the Ministry is producing a commemorative album featuring a compilation of past entries not making it to the winners’ enclosure.

Additionally, Ms. Grange said the album will also include new songs that have been commissioned from local producers, adding that “we will complete that compilation in time to unveil it during our Independence week celebrations.”

She was speaking recently with JIS News at her office on Trafalgar Road in New Kingston.

Meanwhile Ms. Grange advised that in a bid to improve on the quality of the songs submitted, beginning next year, workshops will be held islandwide for prospective entrants prior to selections being made.

She explained that this is intended to assist budding artistes to improve their stagecraft, writing of lyrics and composition of melodies, as well as learning the basics in music theory, adding that established performers will also be encouraged to participate.

“Those workshops will expose Jamaicans, particularly the young people, to certain training and packaging that is necessary when you are going to go to the public and display your craft or your talent,” the Minister said.

Ms. Grange pointed out that this year’s competition was suspended as the entries “were not (deemed) of a quality that we felt represented the fantastic talent we have as Jamaicans.”

In this regard, Ms. Grange said individuals who submitted entries this year will be also invited to participate in the workshops.

The inaugural Festival Song Competition was held in 1966, with the group, Toots and The Maytals, copping the honours with their seminal composition titled – ‘Bam Bam’.