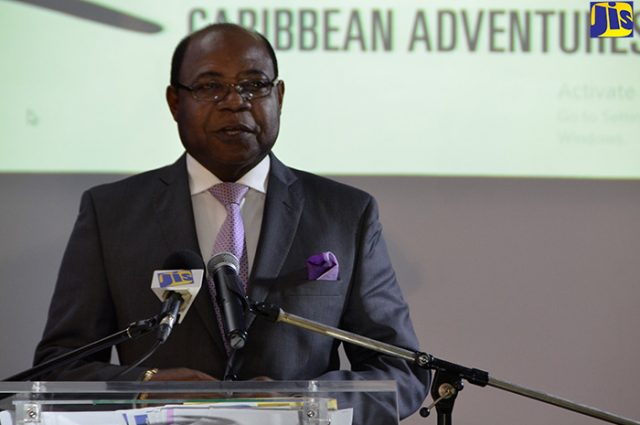 Photo: Minister of Tourism, Edmund Bartlett, who is on tourism business overseas.

Minister of Tourism, Hon. Edmund Bartlett, says there are strong indications that Jamaica could reach its goal of five million visitors in a single year, earlier than previously projected.

Mr. Bartlett, who is currently in Asia as part of a two-week overseas trip, which includes stops in Addis Ababa, Dubai and Bangkok, added that the country seems poised to make inroads in both the Asian and African markets combined, which would significantly boost earlier projections.

“In meetings with senior tourism officials from several countries in Africa, there is a lot of love out there for Jamaica,” Mr. Bartlett told JIS News, following a meeting with dignitaries in the Ethiopian capital of Addis Ababa.

“There is a lot of interest from Nigeria, where there is a huge middle class, and also from Ghana, where Rita Marley has a huge and very interesting set-up. Also, here in Ethiopia, the excitement is huge, where the people are feeling a special connection with Jamaica,” the Minister said.

“I have always maintained that the African market is huge and has untapped potential, and beginning with the upcoming United Nations World Tourism Organization (UNWTO) conference, we are going to make a big splash in this market,” the Minister added.

Mr. Bartlett pointed out that with the United States, Canadian and European markets holding steady, and in some cases ahead of projections, an inroad into both the Asian and African markets would put Jamaica way ahead of the game.

“We just concluded a meeting with Ethiopian Airlines, one of the real powerbrokers in travel throughout Africa. In partnership with United Airlines in the United States, it is a great set-up as it relates to connections into Jamaica. United, as we know, flies daily into Jamaica,” he noted.

Mr. Bartlett, who also has a very important meeting in Bangkok, Thailand, where he will be among some very influential speakers, including former British Prime Minister, David Cameron, added that the UNWTO conference, which is slated for the Montego Bay Convention Centre in St. James in November, is shaping up to be the biggest tourism conference to ever be held within the Caribbean region.

The Minister is now in Dubai, United Arab Emirates, attending the 42nd Meeting of the UNWTO Commission for the Middle East, and the UNWTO and Arabian Travel Market Ministerial Forum on tourism’s contribution to sustainable and inclusive economic growth and diversification in the Middle East and North Africa (MENA) region.

Mr. Bartlett is to return to Jamaica on April 29.