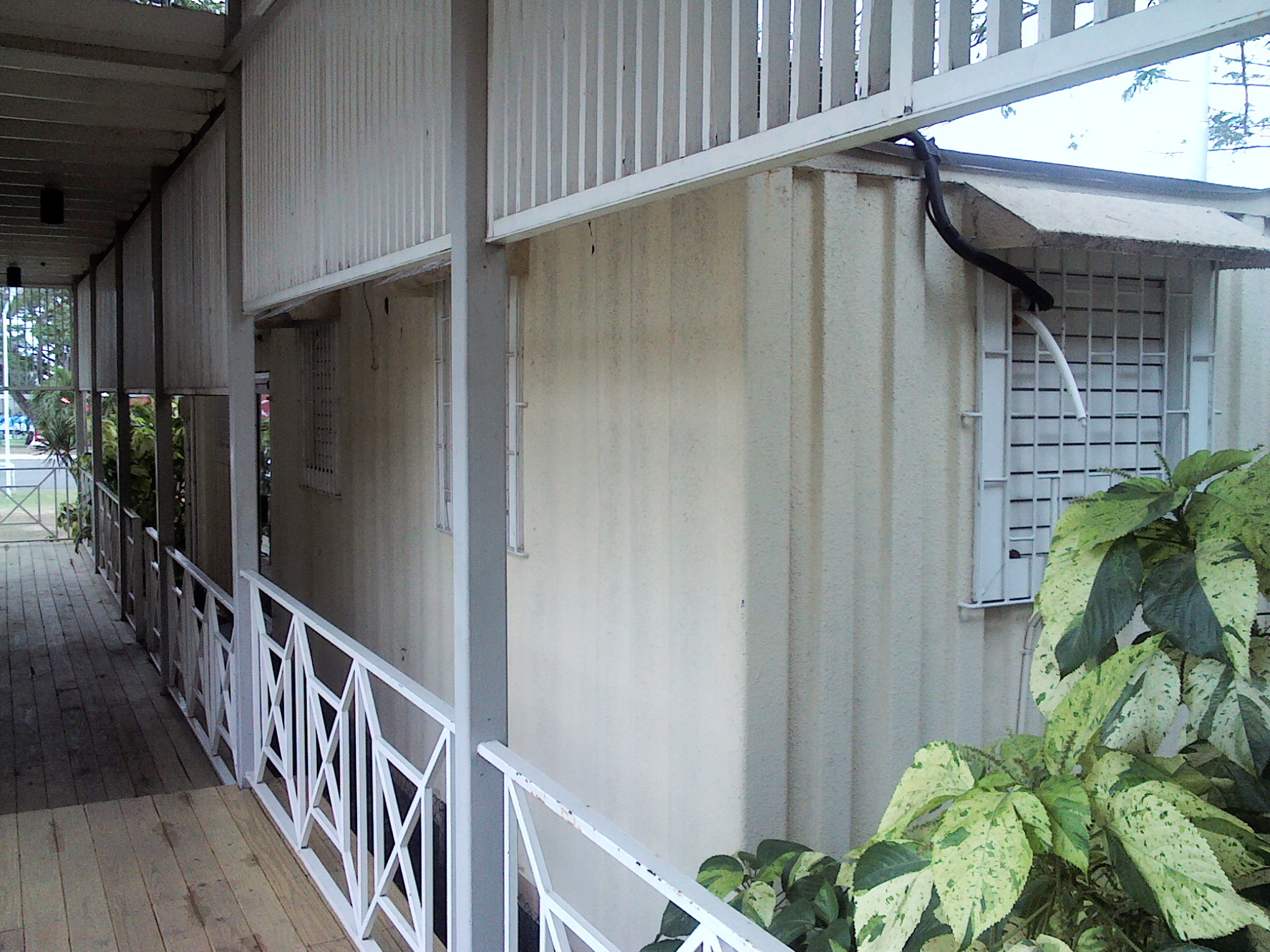 This is the container turn office space being used as the Media Monitoring Unit at the Office of the Prime Minister (OPM) .
This unit, as the name suggests, listens to mainly radio stations … talk shows are of major concern … it is on these platforms that criticism of government, their programmes, policies and charges of mismanagement etc. are exposed by callers … as the callers are anonymous it allows for a free flow of information and could expose corruption, police abuse and official abuse etc.

A recent visit to the unmarked “spy” unit that also operated under the PNP administration was made. There was almost new staff there … a clean out you may say. Is this a sensitive space? It is important but … There is a need to know and monitor information which potentially could be of a subversive nature. So this unit has value as lack of information could have critical national security implications. This can be used for intelligence purposes by law enforcement.

We know of the Military Intelligence Unit (MIU). located at Up-Park-Camp. This, the mother of all units was allegedly responsible for murdering innocent Jamaicans lured from a JLP stronghold at Southside, down town Kingston, to a firing range at Green Bay. The infamous Green Bay Massacre is well documented.

The atrocious and bloody events that occurred at Green Bay makes the blood of some persons with knowledge of this atrocious massacre. run cold.

Fourteen (14) alleged wrong does were lured and transported to a firing range … five (5) were killed. The others got away.

This Massacre happened under Michael Manley’s watch. It was further alleged that P.J. Patterson was in Cabinet also Portia Simpson Miller … both former Prime Ministers.

In a nutshell men identified as trouble makers were lured with the offer of jobs and guns … picked up by an ambulance at a prearranged location, taken to Green Bay, a known army training camp/firing range … located in Portmore, St. Catherine Jamaica W.I..

This human cargo was bunched together … solders pre positioned (an ambush) in bushes opened faire on them … one who got away spoke out. The plot and pictures were leaked to the media. The leak led to criminal charges being brought against army officers, hither to respected agents of the state … supposedly men of honour, uniformed officers sworn to uphold the constitution and engaged in conduct of nobility and should at all times exhibit the highest ethical standards of conduct at all times.

Will give more details on the Green Bay Massacre … the eventual exoneration of army officers for getting away with what amounts to cold blooded murder … murder in uniform by agents of the state.

Vision will never be dull … we pull no punches as we hold brief for no one … only ferreting out the truth and decency.