COMMUNITY TOURISM NETWORK ON THE MOVE IN AFRICA 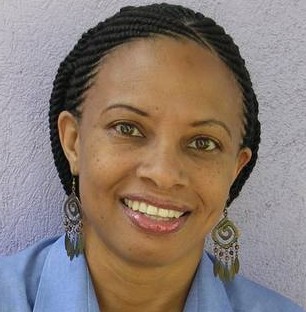 Jamaica has consistently ranked high on the World Press Freedom Index published by the press freedom group Reporters Without Borders. In 2016, we were listed 10th, ahead of countries like Germany, Canada and Australia, and were the highest ranked in the Caribbean.

We cannot, however, ignore that this is not the reality for thousands of our colleagues around the world.

Reporters Without Borders reports that 787 journalists and media personnel have been killed while exercising their profession over the last 10 years. In 2015 alone, 67 journalists were murdered across the world.

It is against this background that the Press Association of Jamaica has joined the campaign started by Reporters Without Borders for the appointment of a Special Representative to the UN Secretary General for the Safety of Journalists. The PAJ, at its last Annual General Meeting, unanimously passed a resolution supporting the call for this appointment.

The PAJ is now calling for the Government of Jamaica to support this initiative within the corridors and halls of power in the United Nations.

The UN has always regarded this issue as one of importance, with the General Assembly and the UN Security Council adopting a number of resolutions to this effect.

Ten years ago, for example, in S/RES/1738 the Security Council, inter alia, condemned “intentional attacks against journalists, media professionals and associated personnel, as such, in situations of armed conflict” and called upon all parties to put an end to such practices.

In 2010, the UN Plan of Action on the Safety of Journalists and the Issue of Impunity was endorsed by the UN Chief Executives Board.

The Plan of Action recognizes the importance of the work of media workers in a democratic society and aims to create a safe working environment for them.

Its proposals include strengthening mechanisms within UN agencies to combat impunity towards attacks on journalists; working with Member States to formulate legislation, and take an active role to prevent attacks against journalists; increasing awareness among member states of the importance of freedom of the press; and encouraging safety initiatives such as health and life insurance, safety training programmes, and adequate remuneration for media workers.

However, more is needed. The appointment of a dedicated officer, a strong focal point, in the person of a Special Representative to the UN Secretary General for the Safety of Journalists to push for action on this important issue would be very important in helping to ensure implementation of the Plan for the Safety of Journalists, and in pressing governments to end impunity for the murder of, and other attacks against journalists and other media workers.

The Press Association of Jamaica will be writing to Foreign Affairs and Foreign Trade Minister Senator Kamina Johnson-Smith during National Journalism Week, to urge support for this important initiative.

In the words of Reporters Without Borders, “It is time for concrete action. It is time for journalists to work in a safe environment and to put an end to impunity.”

Jamaica is morally obligated to lend whatever support we can to help achieve these important ideals.

We join in the OPED call by PAJ president Dionne Jackson Miller for added protection for journalist. This is an idea pregnant for official attention to this vexed issue. Journalists should be able to go about their professional duties without fear of intimidation in any shape or form.

Too many of our colleagues suffer harm … at times fatally. Their only sin is to want to report the truth and not be constrained by the powerful.

The international community must stand with the Fourth Estate and help to improve our fate.

Commentary by Hopeton O’Connor-Dennie who is Senior International Correspondent for Vision Newspaper Canada.