Supermarkets Mask Up Against COVID-19 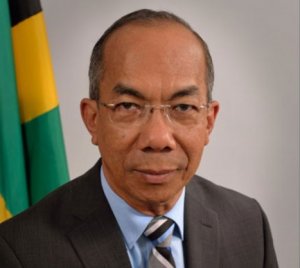 This was disclosed by National Security Minister In Jamaica Dr Horace Chang in Parliament on Tuesday as he tabled the report of the Joint Select Committee that reviewed the Criminal Justice (Suppression of Criminal Organizations) Act of 2014, also called anti-gang legislation. The report also indicated the increase of eight gangs when compared to the 381 identified in 2018.

The latest report from the National Intelligence Bureau (NIB) of the Jamaica Constabulary Force, JCF, there were 389 criminal gangs operating in Jamaica at the end of 2019. Of that number, 64% or 250, were deemed to be active while the remaining 36% or 139, were classified as dormant.
“Three hundred and twenty-three or 83 per cent of the total criminal gangs in operation were classified as ‘first generation’ gangs – by virtue of their loose and unsophisticated leadership. These gangs are also identified by the fact that their main focus was on turf protection and control for financial gains,” Chang said

The other 66 gangs or 17 per cent were classified as ‘second generation’ gangs.

“According to the NIB, there were no ‘third generation’ gangs in operation in Jamaica. These are gangs with broad reach, often across international borders,” Chang said.

“In many communities across the island, gang members enjoy strong community support which makes it difficult to isolate them. Even so, over the last three years, there has been a significant increase in the number of gang members identified, apprehended, and prosecuted,” Chang said.

In some volatile areas including Police Area 4 accounted for 249 or 64% of the total number of known gangs across Jamaica. The area 4 area includes St Andrew Central and the St Andrew South Police Divisions.

At the divisional level, the minister said, “78 of the gangs identified across the island or 20.1 per cent, were resident within the St Andrew South Police Division. This was followed by the Kingston Central, and Kingston Western Police Divisions with 13.1 per cent and 12.3 per cent respectively.”

Fifty-one gangs, comprising 13.1% are found in Police Area 1, representing the third highest number of gangs in the country. These parishes include St James, Westmoreland, Hanover and Trelawny.