We must transform Jamaicans in to 21st Century citizens, creatives, and workers – PM Holness

The Minister of Culture, Gender, Entertainment and Sport, the Honourable Olivia Grange has announced that the Ministry plans to honour 60 women in March this year to mark the observance of International Women’s Day and as part of the Jamaica 60 celebration. 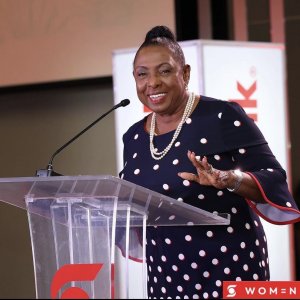 Minister Grange made the announcement as she spoke at the Launch ceremony for the Scotiabank Women Initiative, (SWI) which the bank says will “make capital more accessible to local business women and provide ‘tailored solutions’; training opportunities; advisory services; and mentorship.”

The Gender Minister said the women to be honoured will be drawn from various sectors and groups to represent a wide cross-section of the Jamaican population.

“These are women who have broken the glass ceiling, survive and excelled”

In welcoming in the Scotiabank women initiative, Miss Grange said “I am happy that Jamaica is the first country outside of Canada in which Scotiabank is operating this program, aimed at advancing women-led and women-owned businesses in Jamaica, the Caribbean and Latin America.

“What Scotiabank is starting here heralds what will be its contribution to reduce the anomalies which exist in the funding of women entrepreneurs in not just Jamaica but in the Region in general.”

“You are leading the way at no better time than now, the beginning of a new year – our diamond Jubilee year, and during this pandemic time which has had a negative, almost devastating impact, particularly on our women.”

“There are systemic and institutional barriers which pose significant threats to women’s economic empowerment and the achievement of gender equality.”

“Let us record the case of Shawneil Bailey, Founder and Managing Director of People Management Service Company, Zarabelle Limited, who is entrepreneurial journey was punctuated by at least five rejections by financial institutions for funding.”

“She preserved and was successful in pursuing her dream.

“The government also be an alert to the existing situation, has not been idle in its effort to address it. To this end, the gender portfolio of my ministry has been working with other ministries, departments, agencies and representatives of the private sector and civil society to facilitate inter-sectoral linkages to find solutions.”