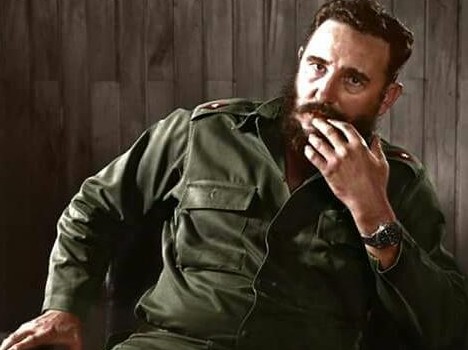 PM Andrew Holness has led a delegation from Jamaica to Cuba to attend the Thanksgiving Mass for the life Fidel Castro, the father of the Cuban Revolution which he led for 50 years.

Everything I have is due to the Cuban leader He was cremated on Saturday last.

The ashes of the late Cuban leader, El Commandante Fidel Castro will be taken to Santiago de Cuba.

There will be a private mass to celebrate his life.
“Castro was close to the then USSR. We in Jamaica, had a principled and independent foreign policy … we had a price to pay” Ambassador Burtchell Whitman, former Information Minister in the PNP government asserted. He was speaking on Nation Wide FM 90.3 monitored by us today Tuesday November 29, 2016.

Castro was a brutal dictator … Ewin James … a public commentator.

“In 1959 he overthrew Batista, after this event hundreds were killed, some 80, 000 were slaughtered … he suppressed freedom and jailed journalists. Political freedom was not allowed. You could not form a political party.” Asserts James inter alia.

Dr. Shane Alexis was there in Cuba, being trained as a medical doctor. “They had free education, free food by rations. Cigarette is rationed, children under 5 are guaranteed a litre of milk free daily” stated Dr. Shane Alexis.

Celebrations were very open about Castro’s death, especially in Miami. These are mainly desidents who fled Cuba.

Patria K. Aarons, broadcaster “I visited Cuba and had a good
experience.”

Fidel Castro played a role in helping in liberating South Africa from the shackles of apartheid. He also exported his doctors and other medical personnel to fight Ibola and sent fighters to the Republic Of Congo now Zaire to fight.

We have also learnt that Portia is leading a delegation of opposition personnel to Cuba. The PNP under Michael Manley, had strong ties with Cuba that the USA was not comfortable with at times.

Walk good, Senor Fidel Castro, you made an indelible mark on our region and the world. We mourn with your family and your proud Cuban people.

May Fidel Castro’s soul rest in peace and light perpetual shine on him. Amen!