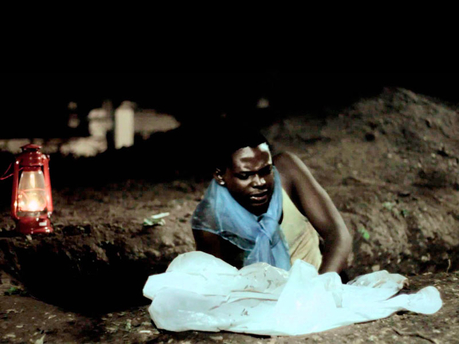 Blackwood is pitching the idea at this year’s RBC Focus: Filmmakers Immersion programme in Trinidad and Tobago.

In a recent interview, Blackwood said her feature will indirectly address this serious issue through a Caribbean perspective. She said it will document the crossing paths of a struggling farmer, his daughter, a village villain, an ambitious foreign businessman, and a disillusioned financial reporter.

For most of the story, the scene is set against the backdrop of a ruralfarming community in Jamaica and highlights an imbalance in trade relations and exploitation between the Caribbean and North America.

“The complete idea came when I read an online health magazine article issuing warnings on the effects of genetically modified foods. I did further research on the topic and found out about what’s been termed the ‘GM Genocide’. In addition to which I’ve always wanted to shoot a story on a farm,” she said.

Blackwood, who studied film at the University of Auckland in New Zealand, says she plans to play around with as much natural lighting as she can for the village scenes, similar to something five-time Academy Award-nominated Mexican cinematographer Emmanuel Lubezki would do.

“Normally I would have shot the portion of the story that takes place in Jamaica as gritty, specifically because of the nature of the events that take place and the types of conflicts involved; in which case I’d go handheld for the personal moments. However, I want to capture the quaintness of the untouched land, farm and people and juxtapose that with the hustle bustle of overseas; so I’d shoot wide and panoramic. In part I want to emphasise the invasion of space when the two worlds collide,” she said.

Anna-Maria Kurbanali, RBC spokesperson for brand management, said the programme – which is now in its third year – is a collaborative effort with the Trinidad and Tobago Film Festival (TTFF) and allows for the intensive development of 10 emerging film-makers from the Caribbean and its diaspora. The participants were selected by TTFF based on their concept for a feature-length film, from which they are expected to develop a detailed treatment.

This year the spotlight is on narrative film-making, with the winner taking home US$3,000.

Ryan Khan, who resides in Trinidad and Tobago, pitched the idea of a comedic twist on the Zombie genre called TRINI 2 DE BONEZ.

Barbadian film-maker Shakirah Bourne pitched an idea for an action-drama called One Way Ticket, which exposes the lengths six people would go for love, revenge and survival.

On Saturday, five participants from the RBC Focus will be chosen to pitch their project to a jury at a public event. The participant with the best project and pitch, as determined by the jury, wins.

Nneka Luke, external relations director at TTFF said all the participants selected have shown an ability to craft compelling, character-driven stories that touch on themes relevant to contemporary Caribbean society.

Last year’s winner was Jamaica’s Michelle Serieux, who went on after Focus to be awarded a significant grant from the prestigious Tribeca Film Institute in New York to work on her film.

For the original report go to http://jamaica-gleaner.com/gleaner/20130925/ent/ent4.html