Grange: Brian George was a great friend of Jamaica 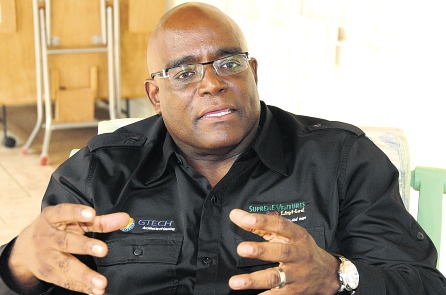 The government of Jamaica mourns the passing of businessman, President and CEO of Supreme Ventures Limited and vice chairman of the National Health Fund, Brian George. Prime Minister Andrew Holness paid tribute to George’s business legacy in the development of Jamaica’s economy and the private sector. Recognising George, who died this morning, as a true believer in Jamaica, Prime Minister Holness says the government and the people of Jamaica are truly saddened by his untimely death. “It would be difficult to enumerate all of the contributions Brian made to Jamaica and our people. Through various initiatives led by him, Supreme Ventures has become known for not only its lottery business but also its deep belief in community development. Under Brian, the company became a standard for good corporate citizenship”. Prime Minister Holness added that the country and the government extend sincere condolences to his wife Keneea Linton-George, his sons, friends and family in Trinidad and Tobago and here in Jamaica. The Prime Minister said Brian’s legacy will be cherished by all who he touched and impacted with his selflessness and dedication to Jamaica.

It is sad that at the eve of Supreme Ventures taking over the Caymanas Race Track. Brian George worked hard to win that bid, and will not be around to see the “promised land”. His fate was like Moses’ trek through the wilderness … yet he never touched foot on that piece of prized sought after dream.

To his family and close associates we say chins up, Mr. Brian George has made a significant contribution to our society although he was a Trinidadian national.