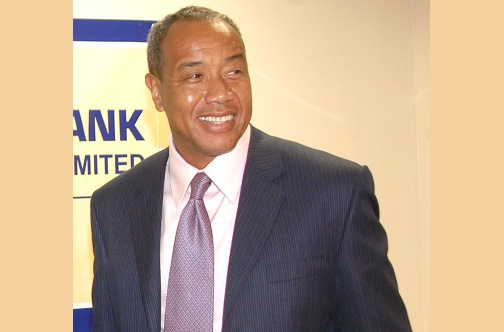 We have just witnessed at lightning speed laws that would impact Jamaican Diaspora Dual Citizenship Status being tabled and under review in parliament arising out of the Economic Growth Council Report (EGC). Of all the other important recommendations particularly strong anti-corruption laws none have gotten such attention and priority as the proposal to issue so-called “Global Diaspora Immigration Card” with very ambiguous goals “like it will bond us as Jamaican”, but “it is not a Passport” or “it will not allow you to vote”.

So what is it? I have recommended a Special Diaspora Commonwealth Passport which is the only “Binding State Action” that will recognize dual citizenship of Jamaicans living overseas. It would allow for ease of travel without Jamaican Immigration issuing you a visitor visa despite your foreign passport identifying you as born in Jamaica with the location where you were born. I have also recommended a Public-Private Partnership framework with the government and the Diaspora back in 2014 as well as a Congressional Styled Budget Office to appraise government spending and project for economic, social and environmental value to the public yet none of these policies is been considered let alone given legislative priority. 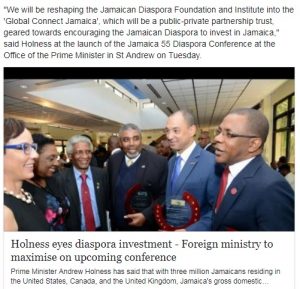 How will a migrant card being promoted by the Mr. Lee-Chin, Chair of the EGC ensure “Binding State Action” to protect the economic and financial interests of Jamaicans overseas in light of the pervasive appetite of our governments to invade our sacred trust with impunity. Repeatedly, we have witnessed the attack and raiding of every institution of trust on the island with no desire to exercise any form of fiduciary responsibility to those who have invested interest in those trust; Public Sector Pension Trust Funds and the National Housing Trust Funds (NHT) are core institutions of sacred trust.

The EGC claims it wants to promote growth and investment not realizing that an un-engaged Jamaican Diaspora already is by far is the largest investors through Direct Remittance Investments (DRI) which exceed “the total of the island’s top 10 foreign exchange earners; bauxite/alumina, tourism, sugar, coffee, rum, bananas, apparel, cocoa, pimento and yams” and what is really needed is better management of that important national asset.

Therefore a formal engagement of the largest investor in the Jamaican economy should be more than just the mere love of country but a firm commitment to respect and honor the Government’s constitutional obligation to treats all citizens equally under the laws by ensuring that Jamaicans overseas have the same rights to influence the trajectory public policies in the same way wealthy investor can and are currently doing. The right to vote is the right of all citizens, period.

No amount of Diaspora Investment will improve the economy of Jamaica if we continue to elect governments with no desire to protect the interest of all it citizens both at home and abroad.