Students of Richmond Park Primary and Victoria Primary school in Clarendon, perform a cultural item during an information-sharing and closing forum for the Jamaica component of the Japan-Caribbean Climate Change Partnership (JCCCP) Project, held at the Spanish Court Hotel in New Kingston on Wednesday (September 4).

Jamaica’s capacity to mitigate and adapt to the impacts of climate change has been strengthened over the last three years, through three community-based pilot programmes that were implemented at a cost of approximately $78 million under the Japan-Caribbean Climate Change Partnership Project (JCCCP).

The programmes, which focused on the areas of sustainable agriculture, water resource management, renewable energy and energy efficiency, were geared towards building resilience to climate change among the most vulnerable.

The JCCCP, which is being implemented in eight countries in the Caribbean, aims to assist countries to enhance their capacities and capabilities in climate-change adaptation and mitigation through the development of policies and application of low-emission, climate-resilient technologies.

The local component has now ended.

Minister without Portfolio in the Ministry of Economic Growth and Job Creation, Hon. Daryl Vaz, said the project was crucial given the continued impact of climate change, including stronger hurricances, and more unpredictable weather.

The issue, he said, was brought starkly into focus earlier this week with the detsruction caused by Category Five Hurricane Dorian, which destroyed sections of The Bahamas, killing five persons in its wake.

“Our vulnerability, therefore, to the impacts of climate change cannot be questioned and, as such, we fully recognise that we must seize every opportunity to establish partnerships to address the challenges,” he said.

He was speaking at an information-sharing and closing forum for the Jamaica component of the JCCCP, at the Spanish Court Hotel in New Kingston on Wednesday (September 4).

Minister Vaz said that the project delivered tangible benefits to the target communities through the pilot initiatives.

These included water harvesting infrastructure complemented with training in various aspects of climate change adaptation and mitigation strategies at over 70 locations islandwide that offer secondary and vocational training.

In addition, 50 farmers in St. Ann have been direct recipients of rainwater harvesting infrastructure and awareness raising of the negative effects of climate change on their livelihoods and training in strategies to combat these negative effects.

“In Clarendon, the JCCCP partnered with the Government and community groups to rehabilitate two concrete water-catchment tanks to provide potable water to communities that did not have access to water from the municipal sources,” Mr. Vaz added.

Also, under other components of the project, the multisectoral Focal Point Network for advancing climate action has been strengthened; key stakeholders have collaborated to develop a Nationally Appropriate Mitigation Action (NAMA) for the water sector in Jamaica; and training and awareness raising have been provided in climate-change adaptation and mitigation principles and practices through workshops, study tours and promotional campaigns.

“Overall, the implementation of the JCCCP Project represents the partnerships that are necessary to advance climate action. That is the involvement of the international community, Government of Jamaica and community members working collectively to sustain and enhance livelihoods while addressing the negative impacts of climate change,” Minister Vaz said.

He thanked international partners, the Government of Japan, which provided financial and technical support, and the United Nations Development Programme (UNDP) which was the implementing agency.

In his remarks, Ambassador of Japan to Jamaica, His Excellency Hiromasa Yamazaki, said the JCCCP is part of a funding package of approximately US$16 billion over the last five years, to help developing countries mitigate and adapt to climate change.

“Under that comprehensive pledge, a US$15-million grant was committed to the implementation of the JCCCP to boost Jamaica and the Caribbean region’s capacity to overcome its vulnerabilities to natural disasters,” he noted.

Ambassador Yamazaki said the Government of Japan is pleased that Jamaica, through the JCCCP, has worked earnestly from the grassroots community level to the policy level, to put in place climate-smart resilient initiatives and technologies, so that the country can “gain insight, further knowledge and be empowered to tackle climate change issues as well as mitigate vulnerabilities to natural disasters”. 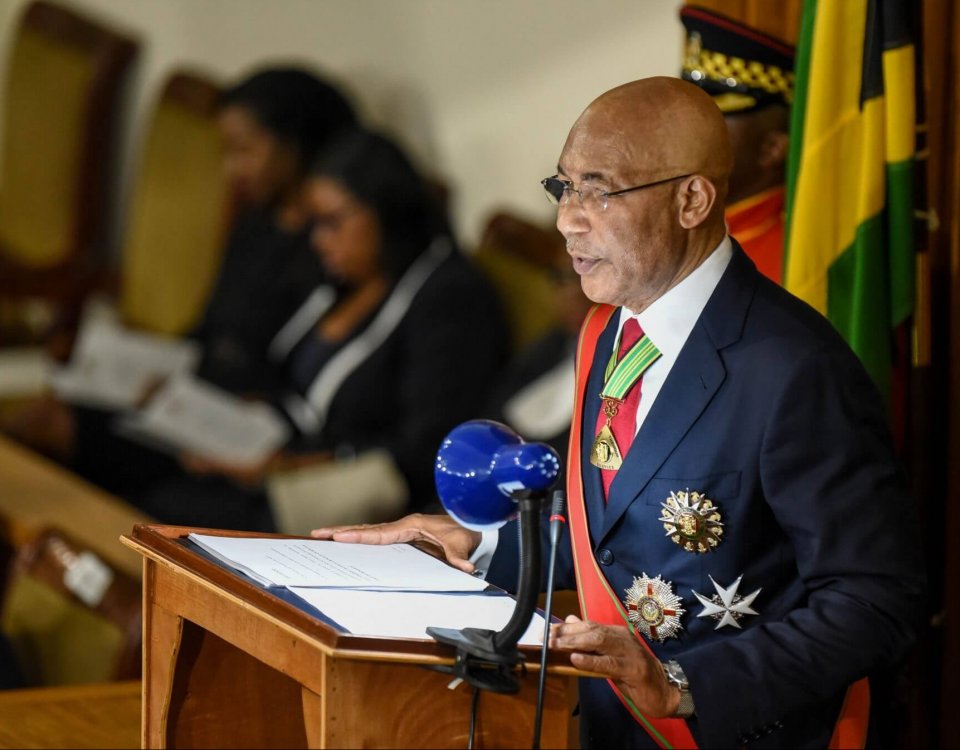 Four Laws To Be Amended To Boost Tourism Sector