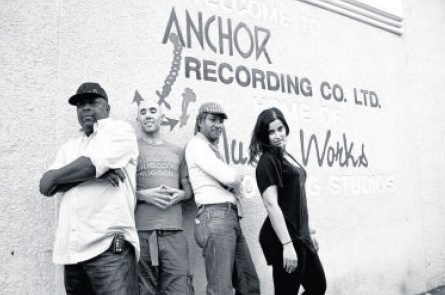 JAMAICA has produced many a hit studio especially during the 1970s when reggae was taking off overseas. Here are five of those studios:

Dynamic Sounds: Was hot property in the early 1970s. This is where Paul Simon recorded his 1971 hit song Mother and Child Reunion, and the Rolling Stones cut their 1973 album, Goat Head Soup. Eric Clapton did sessions for his 1975 album, One in Every Crowd at the Kingston studio.

Channel One: Thirty-odd years ago, everyone wanted to do sessions at ‘Channel’, which was officially opened by the Hoo Kim brothers in 1973. The API console was cutting-edge for the time and house band, The Revolutionaries, made full use of it. The Mighty Diamonds’ I Need a Roof, Leroy Smart’s Ballistic Affair and Woman is Like a Shadow by the Meditations were done at Channel One in the mid-1970s. Later, Sly and Robbie, who were part of The Revolutionaries, produced many of the songs for their Taxi label there. These included the Tamlins’ Baltimore and Guess Who’s Coming to Dinner by Black Uhuru.

The Black Ark: The house that ‘Scratch’ built, the ‘Ark’ was the domain of producer Lee Perry whose eccentric touches made magic at the Duhaney Park studio. Junior Murvin’s Police and Thieves, and The Congos’ classic album Heart of The Congos, were recorded there. Among Perry’s ‘guests’ were British acts The Clash, The Sex Pistols and Robert Palmer.

Mixing Lab: One of the go-to spots for musicians during the 1990s, most of Chaka Demus and Pliers’ 1993 gold-selling album All She Wrote was done at the Roy Francis-owned facility. Numerous American and European artistes and producers have also utilised the Mixing Lab.

Anchor: The brainchild of producer Gussie Clarke, Anchor was the hub for dancehall music in the 1990s. There, Clarke produced big hits by Shabba Ranks, Home T, Deborahe Glasgow and Gregory Isaacs. British superstar Sting recorded there in 1998.

For the original report go to http://www.jamaicaobserver.com/entertainment/Jamaica-s-hit-factories_15444465