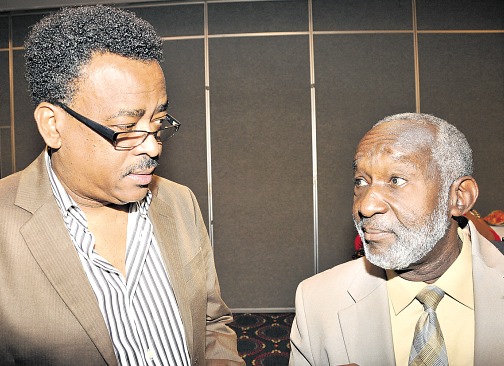 THE call has come for a mandated quota of Jamaican content on local radio and television.

Leading the way is chairman of the Jamaica Music Society (JAMMS), Danny Browne.

Speaking at the conference to mark International Reggae Day at Jamaica Pegasus hotel in New Kingston on Wednesday, he cited countries such as Canada, Australia, France and Nigeria which all have local content quotas – as high as 80 per cent.

“None of these countries has given the world at least three distinct genres of music like Jamaica, yet they have quotas to protect their music,” Browne argued.

“It would support the development of local culture and national identity. It would also promote diversity and boost the local recording industry. Currently, as much as 70 per cent of the content on local radio is from abroad. While I am not against foreign content, I don’t believe it should be at the peril of our local music industry,” he said.

He called on colleagues to step forward and lobby media heads to have local content quotas mandated.

“Look at Reggae Month, it should be mandated that only local content is played on radio during February — purely reggae — and then you revert to your regular playlist at the end of the month. Without this the designation of Reggae Month is weak and baseless,” said Browne.

Executive director of the Broadcasting Commission Cordel Green is not in favour of Browne’s call.

“I am not convinced that by setting a local content quota [we will] be protecting the music. When I check a lot of the output for the music that reaches far and wide, the artistes do not reside here in Jamaica,” he said, referencing deejay Kranium, who is signed to Atlantic Records, and Bob Marley, whose catalogue is owned by the Universal Music Group.

“We should be playing reggae because we value it and own it as a people. Quotas won’t stem the outflow. We should not care where the money flows, but rather play the music because we care about it,” said Green.

Evon Mullings of JAMMS sided with his chairman.

He pointed out that it was not just record labels which benefited when music is played.

“A number of players in the music industry benefit when our music is played. These include performers, musicians, and songwriters; therefore some of the funds generated from increased local play will go into the local economy,” Mullings said.