Jay Z and 12-Year-Old Rapper Not a Hoax 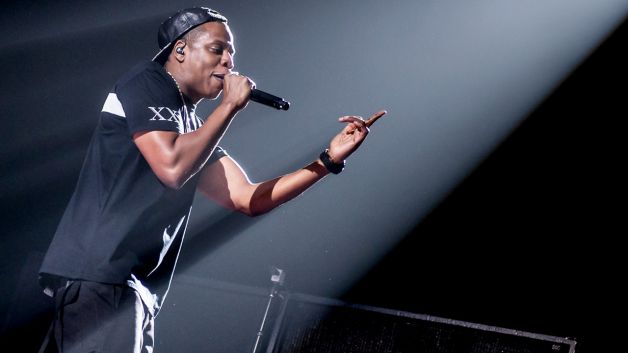 Contrary to beliefs that this is all a set-up, Jay Z is actually out here making dreams come true with his Magna Carter World Tour.

Hov really did give an impromptu on-stage invite to a persistent 12-year-old fan named Justin, during his Greensboro, N.C. stop at the Coliseum Complex Sunday (Jan. 5). And not only did he let Justin borrow the spotlight, but he also gave him backstage access afterwards.

According to TMZ, Justin and his mother Angela, Maryland residents, first attended Jay’s Charlotte, N.C. show Saturday night. They sat in the eighth row as Justin held a sign that read, “Can I rap for you?” to no avail. Not giving up, moms decided that they should attend the next show before returning home. This time, she scored front row tickets, and when Justin held the sign, he was more than spotted.

Jay offered him the chance to perform live in front of his thousands of fans, and a confident Justin spit Hov’s lyrics from “Clique,” acapella, as the proud rapper stood beside him, nodding in approval. Hov only interrupted him for a moment — to tell him not to rap the “drug dealing part” and get back to the numbers — and by the end of the verse, the beat dropped, Justin threw his hand up and asked, “Who we gon’ tell, we top of the totem pole?” And the crowd went wild.

“After all that, he say, ‘can I meet you backstage?'” Jay revealed to the audience, after wrapping up Justin in a hug and taking back the mic. “Yes, I got something for you,” he said to Justin.

Reportedly, backstage, he and and the youngster talked for an additional five minutes of Hov time (which is probably worth like half a milli). No word yet on Justin’s next steps as a rapper.

As for Jay, earlier this year, he also used his Magna Carta Holy Grail project to introduce the world to a 16-year-old wonderkid out of Toronto, a young female producer named WondaGurl.