Persons Who Travel To And From China Encouraged To Get Assessed 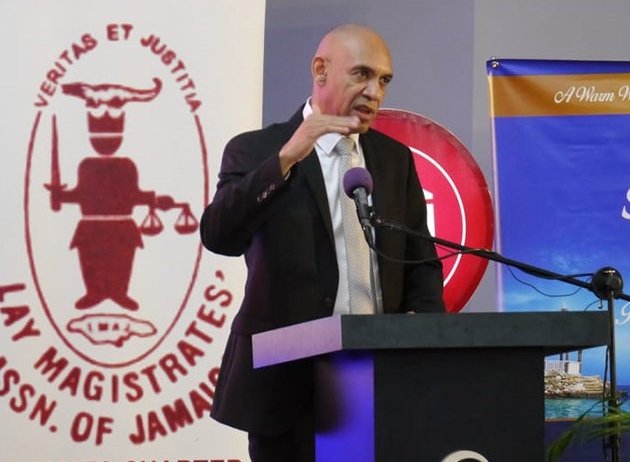 Addressing the annual awards banquet of the Lay Magistrates Association of Jamaica (LMAJ), St. James Chapter, at the S Hotel Conference and Event Centre in Montego Bay on January 25, the Commissioner said that in another month, some 1,200 motor vehicles will be tracked.

“So, we will know how fast they are going, how they are being driven, where they are [and] what they are doing. When you have a traffic accident, it will generate a report in six seconds,” the Commissioner said.

“This traffic system updates every second, so we know what they are doing all the time. We have put in a geofence, so if they are supposed to patrol a particular area [and] that line is crossed, then we [will] know; it will alert us. If you are driving too fast, it alerts us. Your driving habits will alert us,” he added.

Meanwhile, the Commissioner said that the Security Ministry is testing a prototype that was developed by the Ministry’s technology unit, which could improve the JCF’s ability to penalise delinquent motorists.

“The touch screen is there in the car where you pull up people’s information, check on cars and run plates. It has a keyboard and you can type in the report [on the spot]. The car also has licence plate recognition cameras, you can park it and as cars pass, it checks [the car’s information] against the database,” Mr. Anderson said.

“If a car’s registration or fitness are up, if the car is not insured [or] if there are warrants outstanding, a red asterisk will come up, so we (the JCF) will know. So, we have been testing it, and it seems to be working pretty well, so we will be able to respond,” he added.

The banquet served to recognise outstanding JPs in the areas of health, tourism, religion, community service and sports. Among the awardees were Physician, Dr. Derek Harvey; Teacher, Lorna Forrester, and President of the chapter, Egerton Forrester.