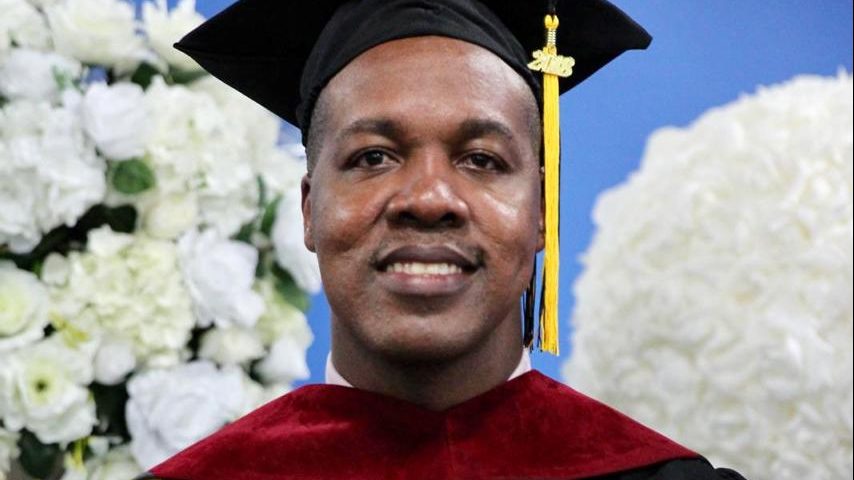 International award-winning Gospel Minister Jermaine Gordon, fondly called the Passionate Psalmist & a Modern-day Hymn Writer, is a devout Christian and a musical maestro who has written and composed some of the most singable songs of our time. His music can be heard in theatre productions and often in the aisles of the marketplace. His most popular and well-loved song: YOU ARE GOD (HOLY & RIGHTEOUS) has also won him two separate international awards.

His music directing and choral music skills have also led him to assist with music programmes involving Bishop T.D. Jakes, The National Prayer Vigil under the patronage of The Governor General – Sir Patrick Allen, Pastor Benny Hinn, Church of God of Prophecy and The Brooklyn Tabernacle Choir.

He has also garnered a wealth of experience in shipping logistics and accounting, having worked in ten different positions over a period of 23 years.

Minister Gordon is also: music executive, innovator, arranger, and music producer. He spends most of his leisure time training and coaching people to sing as well as effective worship leading, and has been a Director of Music/Music Consultant for over twenty years in several churches. He is also the founder and CEO of Colour Your Thoughts Media (A creative writing & music publishing house).

Gordon says the bestowing of this honour is a symbol of the rich musical legacy he inherited. He is dedicating this to his family and support team, church musicians, singers, choirs, producers and directors who work assiduously to present musical excellence to the King of kings. Further information is available on his website: www.jermainedgordon.com.

Chancellor of CICA International University and Seminary His Excellency The Hon Rev Dr Phillip S Phinn was the keynote speaker at the event. Also in attendance was Her Excellency Rev Dr Hope McDowell-Gibson, Vice Chancellor at CICA.