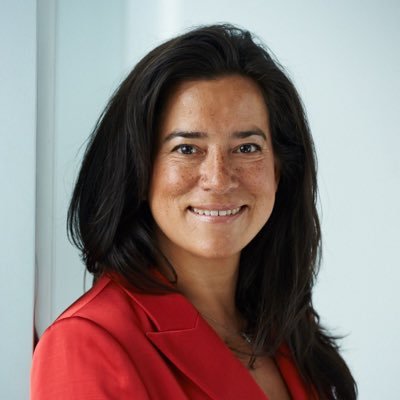 Perspective
The decision of Jody Wilson- Raybould to knock heads with colleague Jane Phillpotts both Liberal party Members of Parliament (MP) is a big disappointment to say the least.  We respect her position on the SNC Lavenal matter. As attorney General she has a moral authority to uphold the law. It is therefore understandable, but politics is no Sunday school affair. Politicians have to protect and create opportunities for growth and economic prosperity.  This is a delicate balancing act.
Jody Wilson-Raybould is the first First Nation person to be made AG of Canada. She of course is a lawyer.
Role Of Attorney General
The attorney General (AG) in my perspective is the legal advisor to the government.  There is the view long held that an AG should not be an elected member in the House as this could be
seen as a conflict of interest. This could be so as there may come a time when a political decision has to be taken which could prove to be in conflict with the upholding of the law.  This is what appears to have been the case with SNC.  Jody Wilson-Raybould was caught between a rock and a hard place. The question of a deferred prosecution for SNC was the issue at hand. What was the AG a politician supposed to do? Uphold the law or obey the dictates of her party and by extension PM Trudeau. She is supposed to be the chief police officer by enforcing the laws of the land. She swore to so do.
Upheld The Law
The AG gave an opinion that meant the law should be upheld which proved to be in conflict with the government’s position on the issue.  We now know the outcome.  She was shuffled out of that position and sent to Veterans Affairs.  She accepted the move which was seen by many as a demotion. Jody Wilson-Raybould shortly after resigned as a minister in Trudeau’s government but stayed on in caucus and also as MP.  There was public outrage. She got public support,  but her colleagues were up in arms against her.
Enquiry
There was an enquiry which was insisted on by the Opposition parties in Parliament.  Jody Wilson-Raybould  testified against her own party and was eventually removed as member of caucus or (inner circle) of power.  The Opposition was having a field day.  The media reported daily on the issue and the popularity of the Liberal government under Trudeau’s leadership nose dived. General elections are due October 2019.
Job Creation
Whether in the USA. Jamaica or Canada you are as a government is expected to create opportunities for investment.  Also to attract new investors in a timely manner and provide jobs.  If you fail to do so then you will soon become irrelevant.  So when Justin Trudeau et al opted to assist a huge creator of jobs in Quebec’ and to a lesser extent in the province of Ontario this initiative should be commended and all hands and minds should be on board.
It is my further perspective that Jody Wilson-Raybould should have not spoken out against her party.  It appeared too messy in my view.  To have done so would put her in conflict with her PM Justin Trudeau. The rest is history as she was removed from caucus but remains a MP. Her political future is in doubt and so is her close friend Jane Phillpotts.  Philpots sided with Jody Wilson- Raybould and also resigned as a member of caucus. These two rebel MPs have gotten strong support publicly for their stance. What is your perspective?  Did her action amount to being disloyal or honourable? Did Justin Trudeau act appropriately? You be the judge as the verdict as usual is yours.
Hopeton O’Connor-Dennie is Senior International Correspondent & photojournalist for Vision Newspaper Canada.