Johnson & Johnson Vaccines May Be Compromised 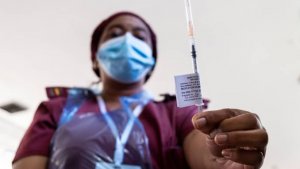 Johnson and Johnson is in the spotlight after a mistake at a manufacturing plant ruined 15 million doses and raised questions about quality control, according to a report on Wednesday.  Future shipments are now in question for quality assurance.

The workers at Emergent BioSolutions’ Baltimore plant mixed up the ingredients for J&J’s single-dose vaccine and another COVID-19 inoculation being produced there several weeks ago based on the New York Times.

The error doesn’t affect J&J doses currently being delivered and used nationwide, as those were produced in the Netherlands, the report said.

However, it has caused ten of millions of doses that were going to come from the Baltimore factory — and were to be delivered within the next month — to be put into question, according to the Times.

The Food and Drug Administration in investigating the mixup, which federal officials have attributed to human error, the report said.

Meanwhile, J&J is said to be taking steps to tighten its control over Emergent BioSolutions’ work to avoid future lapses in quality. The biopharmaceutical company is a manufacturing partner of both J&J and AstraZeneca.

Federal officials still expect to have enough doses to meet President Biden’s goal of having enough vaccine for every US adult by the end of May.

The other two vaccines approved by the feds, from Pfizer and Moderna, are continuing to be delivered as expected.