In Tribute To the Late, Beloved Roger Ebert, A ‘Day for Empathy’ Established In Chicago.

Nurses Support Global Campaign against Abuse of Women and Children 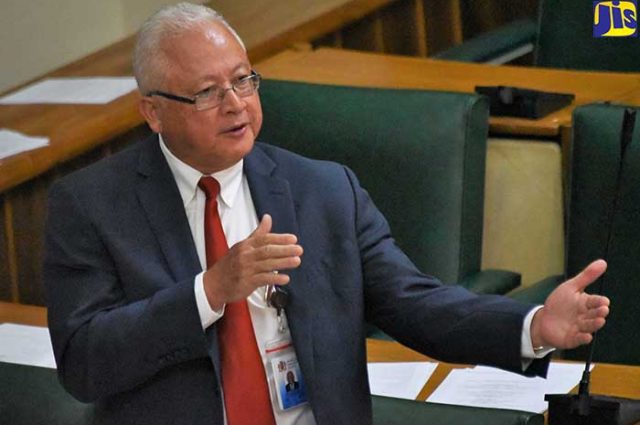 The Minister of Justice, Hon. Delroy Chuck, has tabled the 2017 annual statistical reports for the Supreme Court and the Parish Courts in the House of Representatives.

The reports, tabled today (April 3), provide information on the number of cases in the courts; the disposal rates; distribution of cases among the courts; disaggregation of the types of matter in the courts; rates for trial readiness and completion; performance rates; case load; and the length of time it takes for matters to be completed in the various courts.

Minister Chuck informed that in 2016, the Ministry engaged Dr. Denarto Dennis, a senior statistician, on a full-time basis at the Supreme Court to develop and expand a data capture process in the Courts across the island.

He noted that the work of the Statistician is being funded by the Justice Undertakings for Social Transformation (JUST) Programme, and that the preliminary work on the data capture system was done by the Department of Justice Canada.

“This then enabled the statistician to immediately modify and implement the work of analysing and reporting his statistical findings. Further, the statistical personnel of the Ministry were reassigned to the Supreme Court to provide support to Dr Dennis,” the Justice Minister said.

Mr. Chuck informed that a report on the Court of Appeal was soon prepared and published.

He said a pilot was, thereafter, launched in the Parish Courts to capture information on criminal matters, and then extended to all other criminal courts by the end of 2016, then to the civil and family courts.

The Minister noted that by the end of 2017, quarterly reports were being prepared on the treatment and disposition of matters in the Supreme Court.

“The report generated reveals that in 2017, 12,604 new Supreme Court matters were started across the six divisions (High Court Civil, Probate, Matrimonial, Commercial, Home Circuit and Gun Court). The major finding of the study was that, on average, the disposal or clearance rate of cases is 49.70 per cent. This rate ranges from 24.18 per cent in the High Court to 97.86 per cent in the Gun Court,” he pointed out.

He noted further that in the Matrimonial Court, 12.6 per cent of the cases remained in the system over four years before conclusion; while in the Home Circuit Court disposal of cases took between 16 days and 153 months or 12 years and nine months.

“There have been improvements in this division since. For the cases filed in 2017, 41.14 per cent of those cases were disposed of in 2017. Albeit unfortunate, exception is a matter in the Probate Division that was completed after 39 years,” Mr. Chuck said.

Meanwhile, the Minister said among the impeding factors causing the inordinate delays are the high incidence of adjournments, uncertainty as it relates to trial and hearing dates and requisitions.

Mr. Chuck noted that 69 per cent of matters across the divisions go according to schedule. Of note is the fact that 80.5 per cent of criminal matters go as scheduled while 54 per cent of the Probate matters are on schedule.

“The number of adjournments in the Home Circuit and High Court Civil Divisions is a cause of concern. 30 per cent of these adjournments are owing to missing files, non-attendance of parties, issues with service, wrong listings and outstanding documents. These contribute to the non-productive use of judicial time and slower rates of case disposal,” he informed.

In the Parish Courts, 32,266 new matters were started in 2017. The average disposal rate was 69.75 per cent, as against the international standard of 80 per cent.

“In order to forge ahead, it is recommended that the system allow for enhanced case and records management, a more robust system of scheduling and stronger stakeholder engagements,” Mr. Chuck said.

“Additionally, increasing the complement of judges and support staff in the High Court would lessen the case load and positively impact the clearance and disposal rates. However, more emphasis must be placed in alternative methods of disposal, such as mediation, plea bargaining, diversion and dispute resolution,” he added.

The annual reports have been published for 2017 on the Supreme Court website at www.supremecourt.gov.jm.