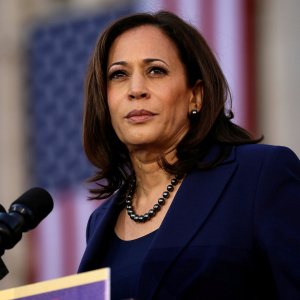 Is VP Kamala Harris Under Attack?

YouTube has a story which states that US VP Kamala Harris has disrespected the military by not saluting them. I do not know what the protocol is as it relates to civilians saluting the military. I have never been asked or told as a civilian that it is a requirement that I salute a military personnel. It is a practice or requirement for uniformed service members to salute those of a higher rank. It is their convention or established practice.  Some traditions go deep and are passed down from generation to generation. The practice has deep meaning, I am sure. The army is a hierarchical

It is noticeable that a sitting US president Salute the Military officer or Officers who guard him or her.  We see this on TV repeatedly.  However, a VP is not the Commander in Chief and as such, in my perspective, is in fact a civilian. Am I wrong?

The VP is a high ranking lawyer. She was a state prosecutor and former Senator. Those are high level positions. She would have been briefed by officialdom as to how to operate as part of her preparation to take up the high office of VP.  Also there is a transition period prior to being sworn in as Vice President.  This is about 60 or so days.  One would think that there are protocol manuals and aides whose job it is to train rookies. She is bright, so it is not likely that she would not know what to do, and how or when to do what.  Is VP Kamala Harris being treated with disrespect by the press?  We hope not.

Systemic racism has infiltrated all aspects of our social, legal and professional lives.  It appears to have been the rule rather than the exception.  It is like ants, you find them everywhere. Systemic racism has become so commonplace we wonder where it has not been contaminated.  For example our education system is not spared.  In certain areas you have inferior equipment in low income school districts, and as a result you can expect a downturn in the quality of the results from the students under such circumstances. This is regrettable, but not surprising. We should not fool ourselves to believe that racism has any boundaries.  It can and will raise its ugly head any where it pleases.  That is the nature of the beast.  Systemic racism is everywhere.  White House and the almshouse. Anywhere you have human activity.

Family Court or Custody Courts are not immune. When one considers that racial barriers have come down in many inter racial relationships, we wonder when the thinking will change.  The best interest of the child must be the only focus and not the colour of skin and other social under pinning’s.  What will be the best environment for the upbringing of the child.  This in the long run is what really matters.

We have long said that Hitler was wrong:

“There is no super race. Racism is an affront to decency.”

There are too many of those misguided persons who feel that way.  They parade as if decent citizens with the highest ethical standards. We should not be fooled. 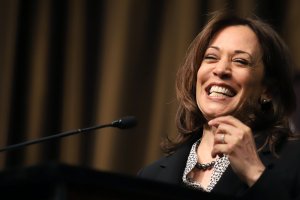 The colour of ones skin

For me is no big thing

It is your invaluable contribution

That will build, a prosperous nation

This will make a real difference

And not gimmicks or false pretense

That will improve the lot of all

Whether it be summer, winter, autumn or fall

The Minneapolis City Council who employ their police have settled with the family George Floyd.  His estate will get US$27 million dollars as settlement for his wrongful death. George Floyd was suffocated to death when a white office named Derek Chauvin put his knee and prevented George Floyd from breathing despite George Floyd’s cries for help.

It was the heights of inhumanity.  Two other officers stood by and refused to stop the cruelty by Derek Chauvin.  The three have been criminally charged for varying degrees of murder. Will they be convicted?  Rioting is likely to take place if the officers are acquitted. This is just a speculation based on past events.

Jury selection ended recently. We are not immediately sure when the trial will actually get on the way.

We wonder how long it was going to take before US VP K. Harris would start getting attacked.  Her honeymoon has ended. Is this so? There is no need for her to salute any soldier. Unless she is getting her practice to take over as president. Amazing! Food for thought.

Systemic racism has no borders. It will touch all persons of colour.

She is adorable. Let the nuts eat their hearts out.
She is not in the military. So why salute?
Leave the woman of colour alone. She respects all races. Full stop.

Hopeton O’Connor-Dennie is a poet, veteran journalist and anti-racism campaigner with international exposure.