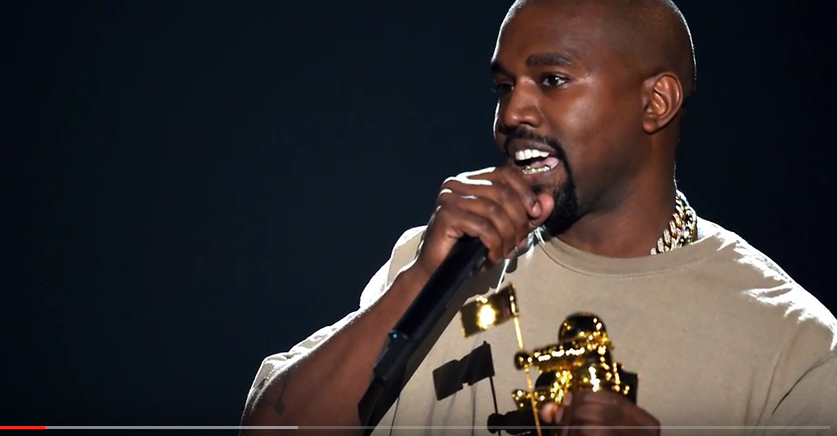 LOS ANGELES (AP) _ For a while, it looked like Kanye West was too overcome to speak at after being presented the Vanguard Award at the V-M-A’s. But by time he left the stage, people were wondering if he might ever stop speaking. He did a rambling stem-winder of an acceptance speech _ starting out expressing regret for his stunt in 2009 when he snatched the mic from Taylor Swift’s hand when she won video of the year. But soon after, he was ranting at M-T-V for showing the incident _ and having Swift present the Vanguard award to him. He was just getting started _ and later, he fessed up to why much of what he said made little sense. He acknowledged rolling up a little something before he went on _ to “take off the edge.” He ended his comments declaring that he’ll run for president in 2020. V-M-A host Miley Cyrus later joked that now the whole world knows what Kanye is like when he’s been smoking weed.