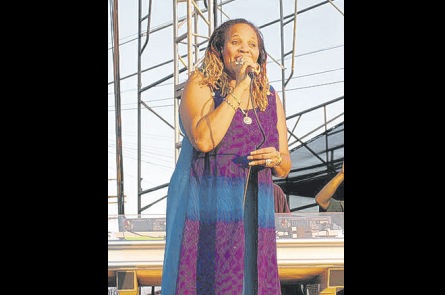 BACK in the 1980s, Sister Nancy broke the proverbial glass ceiling as a pioneer female deejay.

Not much has been heard about her in Jamaica recently. She last performed here five years ago on a show in Manchester, with Bounty Killer and Lady G.

But in a recent interview with Splash, she said she has been keeping busy.

“I’m working now more than when I was 20 years old and in the heat of my career,” she said during a telephone interview from her New Jersey home.

Sister Nancy, who is the younger sister of deejay Brigadier Jerry, first connected with hits such as Bam Bam, One Two, and Cocaine at a time when Jamaica’s music business was still dominated by males.

She says while getting shows are not a problem, getting the attention of contemporary producers is difficult.

“The producers nowadays rather young artistes, they think that gun and slackness selling. I will not dilute and most producers say it’s boring, that’s why I refuse to voice for anyone,” she said.

Sister Nancy says she is amazed at the response to her music from fans who were not born when her songs rode the charts over 30 years ago.

“In places like California, Sweden, Rome, and Paris I encounter teenagers who are singing my music word for word,” she said.

It is not all music. Now in her early 50s, Ophlin Russell-Myers, Sister Nancy’s real name, works as an accountant at a New Jersey bank.

“I will take the shows as far as Israel on weekends, but I must be back at my desk on Monday morning,” she said, chuckling.

Accounting, she stated, was a natural move after years of being exploited by producers.

“I had to learn how to handle my own money,” she said.

Recently, she recorded a ‘combination’ song with Jamaica-born, British artiste Stylo G titled Badd, which will be released on October 20.

For the original report go to http://www.jamaicaobserver.com/entertainment/Keeping-busy-with-Sister-Nancy_15137813