From players to models to celebs, all star weekend lives up to its billing 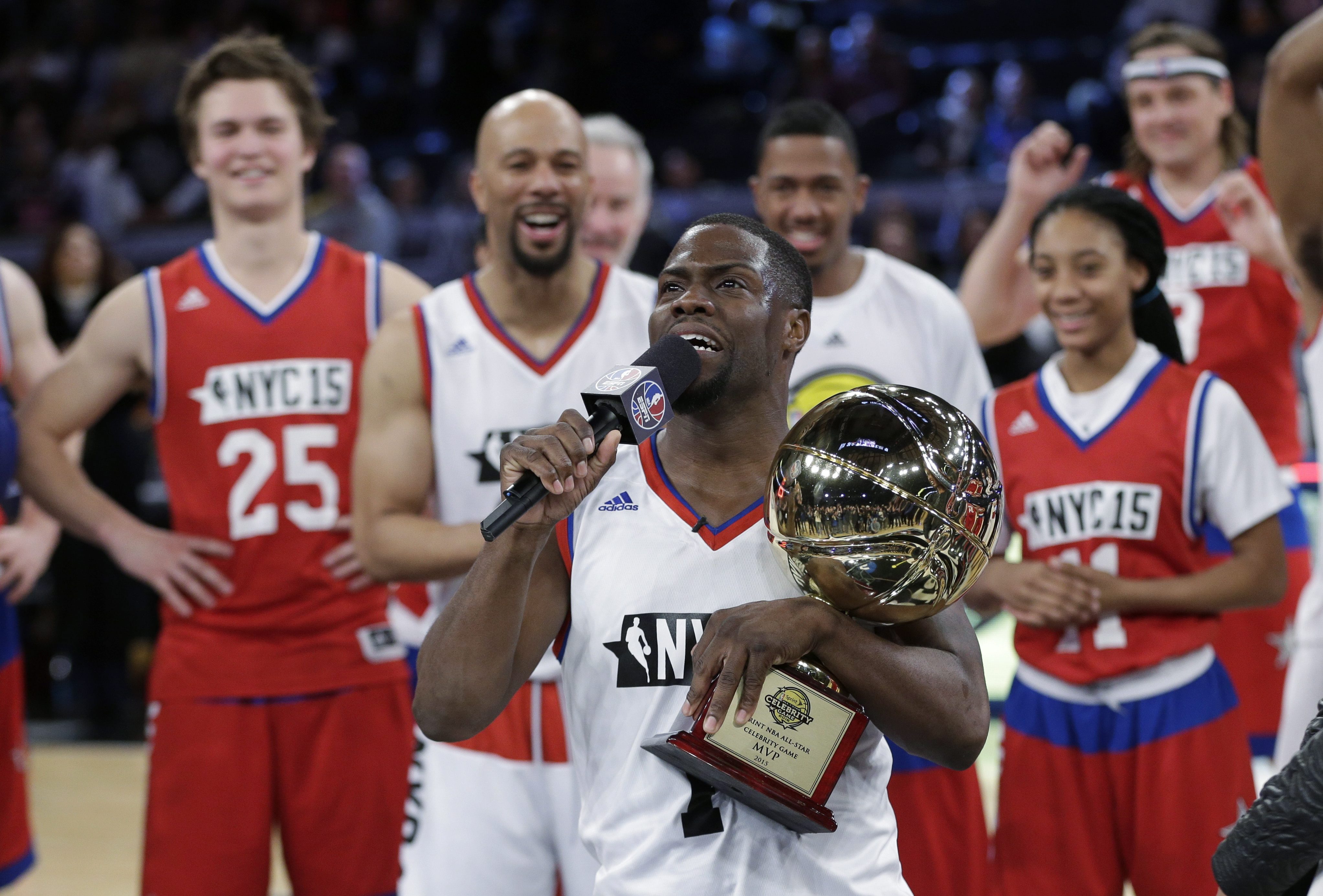 NEW YORK _ Kevin Hart says he never had any “hard feelings” toward former Sony Pictures co-chair Amy Pascal. And now that she’s been forced to step down, he just wants to distance himself from last year’s Sony cyber-attack and release of offensive emails from Pascal and other executives that mentioned Hart and others.

The 35-year old Hart says he’s only concerned with issues that affect his family.

“If it’s not something threatening them, it gets none of my attention,” he told The Associated Press before the NBA Celebrity Game on Friday at Madison Square Garden.

He said Pascal’s firing doesn’t concern him either way.

“It has nothing to do with me. I’m a comedian. I’m an entertainer. Anything that’s outside of my box I don’t concern myself with,” Hart said.

He added: “I get paid to do what I love. I’m in love with the fact that I’m blessed and fortunate. There’s nothing else that can compromise it.”

As for the game, Hart earned his fourth MVP title. The annual exhibition is part of NBA All Star weekend.