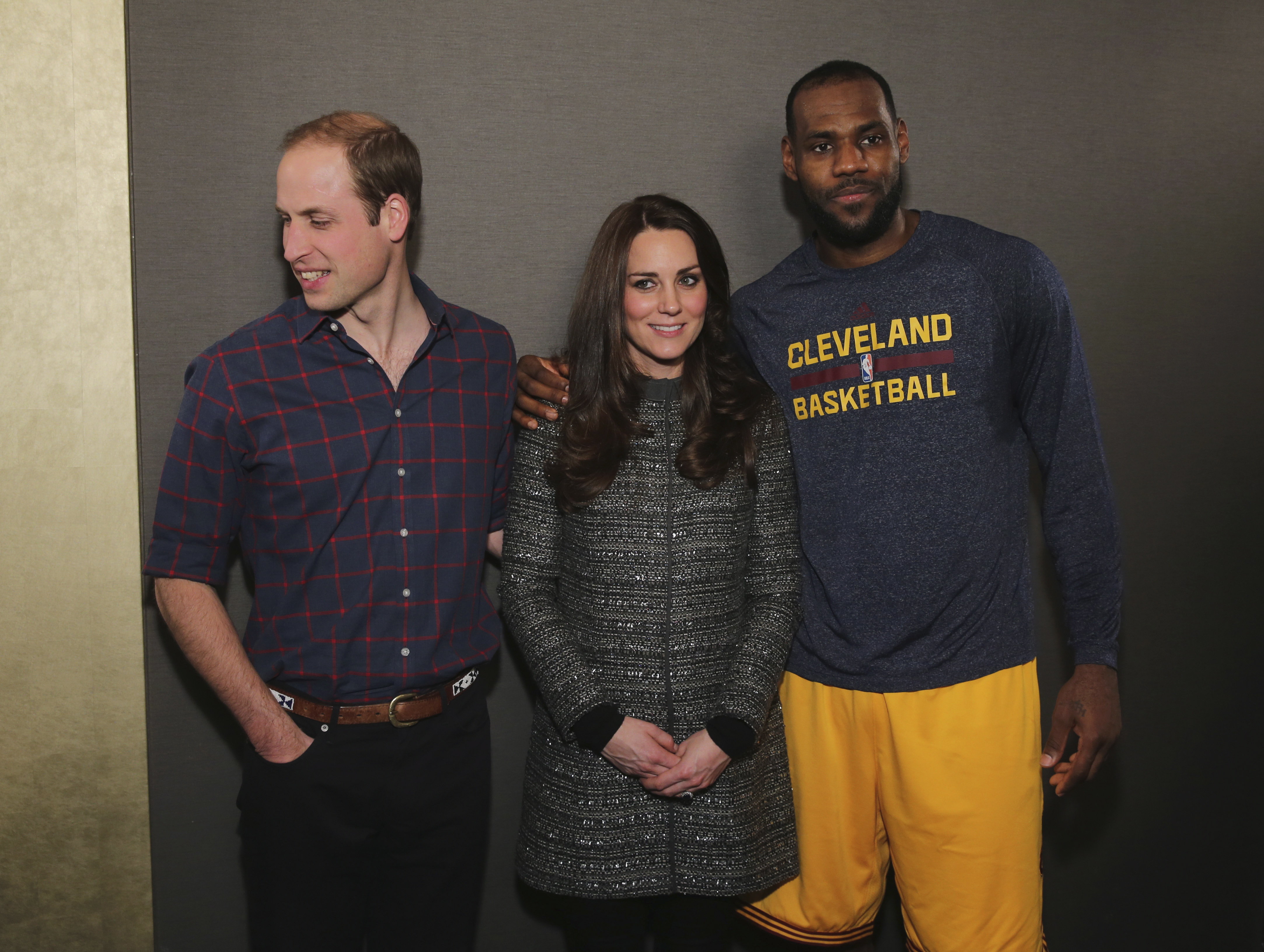 LONDON _ When King James touched the future Queen of England on the shoulder after a basketball game, royal watchers cried foul.

LeBron James, whose nickname is “King James,” met Prince William and his wife Kate at an NBA game in New York on Monday. The three posed for a photograph and James put his right hand on the Duchess of Cambridge’s right shoulder.

According to protocol in Britain, a commoner is not supposed to touch members of the royal family.

Photos of the meeting appeared throughout the British media, with many outlets highlighting the breach and pointing out James’ sweaty post-game shirt.

The British media also criticized an American breach of the “no-touch” rule in 2009 when Michelle Obama put her arm on Queen Elizabeth II’s back.