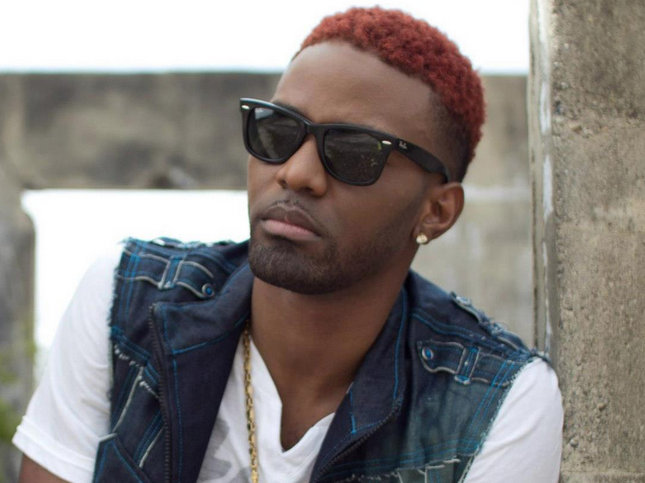 According to A-Game, he and members of his band have acted as Konshens’ backup players for several months, however, they are not being given the respect they deserve by the label.

“I was a part of the camp as a solo act who was not officially signed and also the lead singer of the band that was contracted to be the supporting acts for Konshens, with further plans to establish the group as an artiste.

“The decision to leave the camp was as a result of recognising the lack of respect and value for our time and efforts in supporting the camp and helping to take Konshens’ career to the next level that would in turn, build us as artistes,” he said.

A-Game hinted that he and band members had a confrontation with Konshens recently, however, it was not physical.

“We were dedicated to that through producing, recording, touring and supporting him on the road. Even though on countless instances we suffered from lack of communication and Konshens’ mentality of ‘unuh need me, mi nuh need unuh’.

“We decided to take a stand against that when recently, one particular incident of neglect and disloyalty occurred and we ended up in a toe-to-toe situation where we didn’t back down, and instead of dealing with the situation as a leader, he was more concerned with the fact that we weren’t in the position to address him a certain way,” A-Game said.

The artiste said he and the band members turned down several opportunities in an attempt to show their loyalty to Subkonshus records. He also wants to be exempted from being labelled as disloyal.

“I am grateful for the good that the affiliation did because it did good, but for where it has reached and where it was going, it started to bring on a lot of bad that I became aware of overtime. For example, if Konshens and his management continue to create bad relationships with people because ‘him name wah him name’, that affects the people that represent the camp who don’t even have a name yet, and that is exactly what I saw happening and it affected me and my group,” he said.

A-Game is the second artiste to have parted ways with Konshens since last year. However, A-Game said his situation is unfortunate.

“It is sad that people can’t put aside ego to make good things happen when they see value and worth, but as for me, A-Game, I know my value and worth and it’s the same for my friends Vern and Elly B.

“We all stood together in making this decision. If people can’t respect, value and appreciate your presence, they will have to deal with your absence,” he said.

Di Blueprint Band was hailed as the best new band in the world in 2012 after winning the Global Battle of the Bands title in London. A-Game is promoting his mixtape released last year as well as singles We Goin Hard produced by Notis Production and No Time Fi Badmind produced by Vern and Elly B of the band.