Mark Golding will not tolerate Corruption

Virgil Anwar Sadat Young who is popularly known as “KYAATAME” hails from the lush greenery in thee parish of Westmoreland, Jamaica. As God fearing individual who puts God first in all that he does KYAATAME shares that his introduction to music came from the church. Growing up he couldn’t miss services on a Sunday morning. In 1987 his mother migrated to the States with him and his siblings, this would set in motion his introduction to the “Outkast Crew” (Leon, Gary and Brian) and “Goldstar Sound” (Tingling, King Kirk, Tata Son, Mello and DJ Tee) in 1993. This connection forming a bond where he could only consider them nothing less than family.

“Music is a melody that creates peace in the mind” KYAATAME expresses as he reminisces on the older days where top dancehall artistes such as Bounty Killa and Beenie Man would engage in lyrical clashes which would normally be produced on the same rhythms.

KYAATAME production was brain stormed by himself and long time friend “Ting” , who urged him to create a brand that truly represents who is and what he stands for. “KYAATAME’ which gives the meaning “Unattainable”. He further explained that loyalty played a huge part in the creation of his brand.

KYAATAME has had the pleasure of working with Gospel Artist Minister Gee Gee who now has 2 albums out “Come on Friends ” and  ‘We Bless Your Name”. Some of his work includes Tuffaroad Rhythm, Bloodblyne Rhythm, Same Thing Rhythm and the latest to his catalogue Wild Suh Rhythm which is now out on all media platforms. Each rhythm has features of popular artistes such as Munga Honorable, Intence, Iwaata, Delly Ranx, Singer J, Ajauni, Sanka, School Boy  among others. Also featuring his very own young talents Stinga J  and Global X both expected to take the industry by storm. 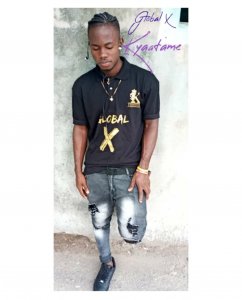 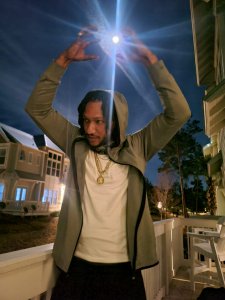 ‘Global X’ has his single “Struggles of Life” out and “Stinga J” with his single “Outside Now” that is taking over the air waves. “Fyah Sthar” also another of KYAATAME’s upcoming artist with his single “Just the Way” out on all media platform. The powerful trio has the optimistic producer determined now more than ever to attain Greatness in the music industry and to print his name in the history books.