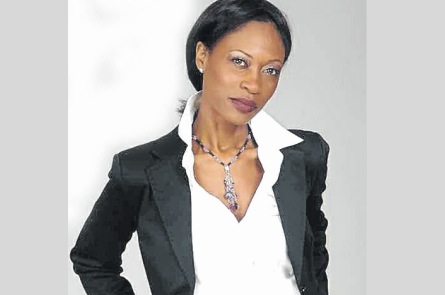 IT has been just over five years since the death of pop superstar Michael Jackson, but he continues to make news.

In August, Jamaican author/actress Dorcas M Bennett (aka Belle Angel) released Michael Jackson Seven Even, a book based on a letter allegedly written by the singer’s secret lover.

According to a review on Amazon.com, the book speaks about this lover the King of Pop kept from the public in the same manner he hid his children’s faces. It further stated that Belle was contacted via a dream by Jackson to compile the book.

Permission was granted to Bennett by the anonymous girlfriend to publish the letter, said to be written on January 7, 2005, five months before Jackson’s death.

“My mission is to preserve a part of his personal legacy in the most accurate way I know how,” Bennett told the Jamaica Observer. The Kingston-raised Bennett says she first met Jackson in the summer of 2001.

“I was the founder and producer at the time for Mr Caribbean USA (Apollo Theatre) and Ms Caribbean USA. I was raising funds for a teenage girl from Trinidad who needed a bone marrow transplant,” she explained. “Her relatives used my event as a platform for donations. After my event I contacted the Heal the World Foundation and MJ made sure he personally met me when he visited New York.”

Bennett says she developed a bond with Jackson who encouraged her to be creative and bold in her writing.

It is Bennett’s latest book. She is also author of Queen Dolphin of Love and Diary of a Virgin: An Angel Cured Me. Bennett says she migrated to Westchester County in New York when she was 15. While in Jamaica, she developed a passion for performing, making her debut on the popular variety show, Ring Ding, which was hosted by folk icon Louise Bennett-Coverley.

For the original report go to http://www.jamaicaobserver.com/entertainment/Lady-in-my-life_15488308