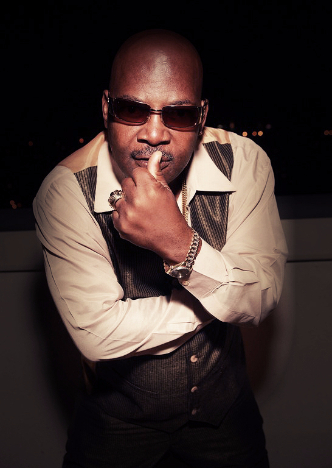 New York, New York — May 7th, 2015 (Irish and Chin) — It’s no secret that the legendary Josey Wales is regarded as one of Reggae music’s most influential artists. Recognized as a cornerstone deejay, Wales, who is dubbed the “Outlaw” by peers and fans, helped shape the genre we know and love as Reggae Dancehall. Now, more than ever before, Wales has proven that time hasn’t got a thing on him. This summer alone, the iconic artist has landed performances on 3 major U.S. music festivals. And that’s not all Wales has up his sleeve.The one and only “Outlaw” has been atop the request list of promoters this year, earning  prime positioning on high profile concerts including the famed “Best of the Best” Music Fest in Bayfront Park (Miami, Florida) on Sunday, May 24; Oracabessa Festival in Roy Wilkins Park (Queens, New York) on Monday, May 25; and the Reggae Meets Blues/Jazz at International Festival of Life, IFOL (Chicago, Illinois) on July 4. What’s extremely befitting is the adulation and praise for Wales music and performances has expanded to a younger generation of Reggae music fans. Notably, Wales has garnered quite the buzz from memorable and electrifying performances at Sting, Sierra Nevada Music Festival and other big events.

” We are overjoyed by the continued support that Wales is receiving from promoters and fans,” says Garfield “Chin” Bourne, Wales’ manager, Irish and Chin.  “A key to success in this industry is to attract new, younger fans, while maintaining a presence with your original fan base.”

Wales is also pegged for Irish and Chin’s high powered event, “Reeewind” on Saturday, July 18, which celebrates Rub-a-Dub culture with live performances by leading artists on legendary sound systems. Expected to draw thousands, “Reeewind” will feature Wales as a part of a “Three the Hard Way” billing — with sparring partners Brigadier Jerry and Charlie Chaplin.  Following the highly anticipated “Reeewind” performance, in August, the top artist will hit Europe for a “Three the Hard Way Tour” for several dates.  This explosive tour will not only feature the trio of deejays, but also Lloyd Parks & We the People band.

As if Wales couldn’t get hotter this year, the artist is ready to release his new single “Push It Good.” Of course, this wouldn’t be a Wales track if it wasn’t controversial. However, the artist says that he will let fans “use their imagination when listening to this song.” For many years, Wales has been visible on the front end of making music, but don’t discount production from his numerous accolades. Wales’ production arm “Frenz For Real” is behind Gully Bop’s smash hit “Body Specialist” (aka “Wuk Ova Mi”). Wales indicates there are a lot more hits coming!