None of 40 phone numbers registered to Kartel 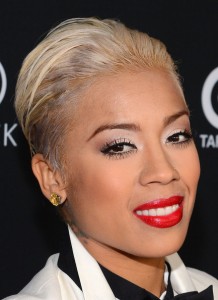 Singer Keyshia Cole is officially back with new music as she remakes Chris Brown‘s single “Loyal.” Her version features Lil Wayne and Sean Kingston. Ms. Cole is known to be no holds barred and she does not hesitated to address her haters.

The singer and her husband NBA player Daniel “Boobie” Gibson are reportedly having issues in their marriage, but both been quiet about the situation.

Keyshia has been busy with her shoe line with Steve Madden and prepping for her sixth album that is coming soon.

She officially ended her beef with Beyonce and was dancing to her single, “Drunk In Love” on her Instagram account.

Take a listen and tell us what you think: