Beenie Man Collaborates with Annie Khalid the “Face of Pepsi” 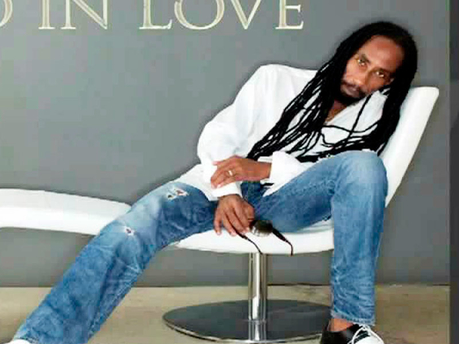 This, after the artiste has accomplished a series of international successes, courtesy of his exploits with international producer Bob Sinclar. Pine and Sinclair have released several internationally renowned collaborations.

His collaborations are just part of the story, however, as Pine was also the lead singer for the City Heat Band in the ’90s and toured alongside the legendary Supercat.

He was also featured on four songs on the Grammy-nominated Western Dream reggae album, produced by Sinclar.

Pine has been writing and releasing songs since the late 1980s and has collaborated with artistes such as Shaggy and Damian ‘Jr Gong’ Marley. The reggae artiste has also performed at sold-out stadiums worldwide and sold more than a million records in Europe. Yet, Jamaica has never really heard of him.

“Nesta is a real big artiste in Europe. He has sold millions of records and basically did most of the things some artistes can only imagine. Yet many don’t know him here and we are going to change that this year,” his publicist, Karl Durrant, said.

The artiste is now gearing up to release a new reggae album calledFrom Jahmaica To De World which was produced in Norwich, a community in Port Antonio, Portland. He is also hoping that at least one single from the new album will achieve global success like Love Generation, his 2010 collaboration with Sinclar.

The song was featured on the FIFA 2006 World Cup campaign and has also received more than 35 million views on YouTube.com. Love Generation has been featured in advertisements like the 2013 Tombola Bingo TV ads.

Nesta’s management team is formulating its promotion itinerary, specifically for the Jamaican market.

According to Durrant, Jamaica is a unique market and will, therefore, require different promotional strategies.

“We will be very aggressive as it relates to street marketing. Campaigning here is not a regular ball game, especially for reggaemusic. But reggae is on a rise and Nesta’s music is like a fusion ofreggae and dancehall. Therefore, I believe we will get the Jamaican audience to subscribe to the movement,” Durrant said.

Pine is very upbeat about his return to the island following his European exploits, saying he feels like Jamaica’s prodigal son of reggae music.

For the original report go to http://jamaica-gleaner.com/gleaner/20130926/ent/ent3.html