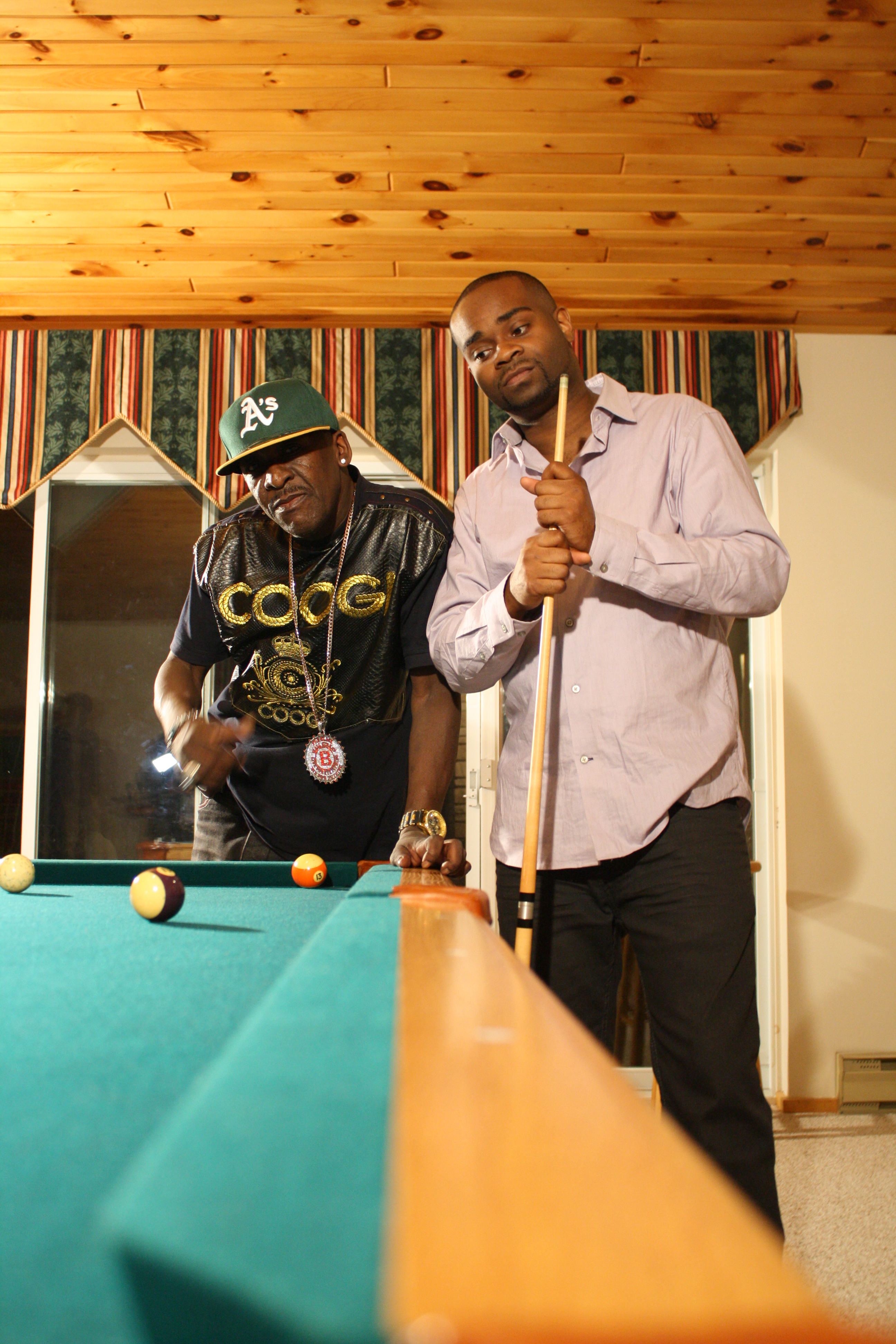 Canadian-based rapper Lucci Gabana and cult movie superstar Louie ‘Ox’ Rankin, better known as Teddy Bruckshut, from the movie Top Shottas, have been working hard promoting a number of projects that they have together.

Gabana, who heads his own label, S-Q Records, has joined forces with Louie Rankin, head of Artillery North, to use their collective star power to release high-powered music videos.

The videos support singles from Lucci Gabana’s debut album, Mayor of the Streets, scheduled to be released this fall. The album will be distributed through Artillery North and affiliates.

The first video, dancehall-influenced Get The Money, featuring Jamaican deejay Don Sniper, was the first of the releases and enjoyed chart success on five ethnic reggae charts worldwide.

The video was shot at Lucci Gabana’s mansion, a luxurious spread one hour outside of Toronto. Other scenes were shot at the famous Downsound studios, Half-Way Tree, St Andrew.

The latest effort is The Boss Is Back, which is getting favourable rotation on music-video stations and blogs worldwide. Shot in Toronto’s infamous ‘Little Jamaica’ area and at a number of different locations throughout the city, the video features the star power of a surprise stop by Rankin at the Walpole government housing complex where the kids got to take pictures, ride in a limo and be in a music video with a movie star.

The pair have continued their successful partnership, shooting videos for other singles including My Girl.

“We are in the process of organising another video shoot for tracks, Stacking Chips and On The Trap, which will be released this fall,” Gabana said.

In the meantime, Louie Rankin recently finished shooting a movie in Toronto, We Run The Streets, scheduled to be released soon. He is also shooting a movie in Jamaica with his good friend, Ninja Man, Scotch Bonnett, and is in the process of planning a tour through Europe with Gabana to promote the rapper’s sophomore project.

“Right now, just look out for new projects from S-Q Records and Artillery North, ah shell we ah go shell the world with our music,” an enthusiastic Gabana said.

By: The Jamaica Star

For the original report go to http://jamaica-star.com/thestar/20130820/ent/ent2.html